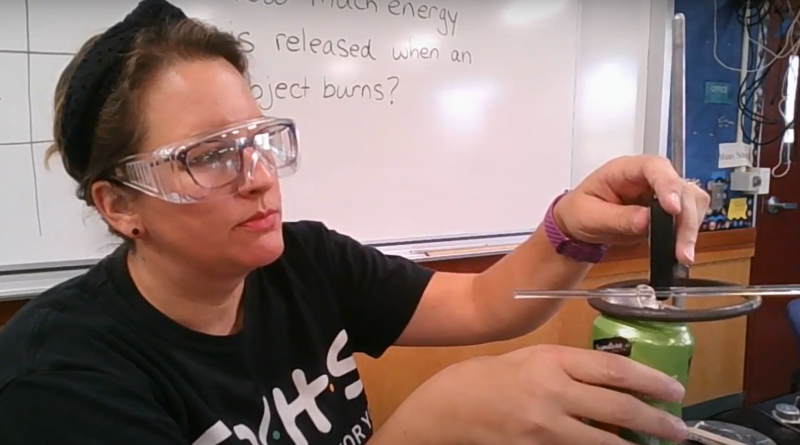 Did any teachers cause you to become interested in a subject? Do you view any teacher as a role model? Kathleen Veety, a science teacher at CVHS, shared her story about why she chose to teach.

This year she is teaching advanced chemistry and forensic science, and it is the third year that she has taught at CVHS.

When Veety took chemistry as a junior in high school, her teacher Ms. Layou developed her interest in chemistry.

“Ms. Layou was the best, and I just really liked chemistry from her. That’s why I got into chemistry and thought I want to major in it,” she said.

Layou also gave her advice to take physics after taking chemistry, which she did and found it helpful.

“Physics in college is hard, and it would’ve been harder if I did not take it in high school,” said Veety.

It is the reason why she gave the same advice to her students that it is important to have a foundation of all branches of science before going in-depth about a specific one.

When Veety was at Penn State University as a graduate student, she was a teaching assistant for a general chemistry class. There, she discovered her interest in teaching.

“I like doing tutoring sessions, and I like recitations that I had for the students. In university, the professor does the lecture, and once or twice a week, the students will meet with a graduate student where they will get quizzes and tutoring,” Veety explained.

She also noticed that many of the students were struggling with the freshman chemistry class. Their high school teachers did not build a solid foundation in chemistry for them. Knowing this, she was determined to teach high school students and hope to prepare them for college-level chemistry.

Based on the feedback from students, she has done a great job in teaching chemistry.

“Ms. Veety is a teacher that valued learning over grades and I really like that,” said junior Sophia Low.

Even though Veety loves in-person lectures, she is not against distance learning because she gets to teach in ways that she has never done before.

“I implemented some of the things I learned from the professional development in the summer, and it worked fantastic on Zoom,” she said excitedly.