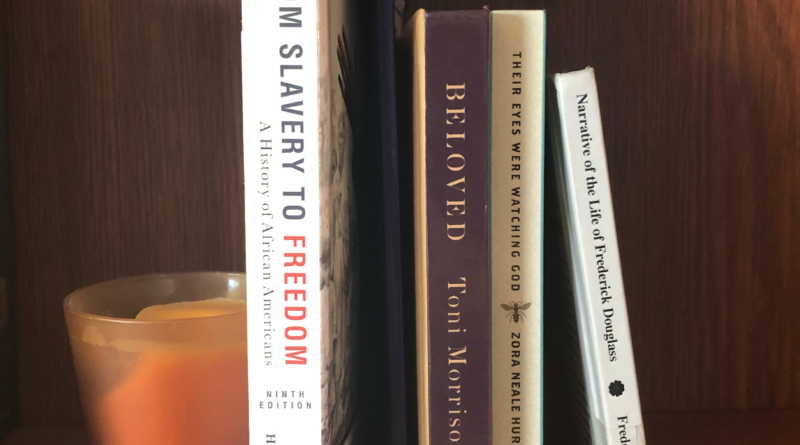 2020 has seen a resurgence in the Black Lives Matter movement following the death of George Floyd in May. Thousands have taken to the streets in outrage, fists raised defiantly against the injustice of police brutality against Black people in America. However, these injustices are not a new thing for the Black community. This is the focus of the Afrocentric course at CVHS, which through history and literature aims to explain why we as a nation still do not have equality between races.

“It’s particularly important nowadays to understand why it is that we have a Black Lives Matter movement even happening, because it didn’t just come out of nowhere. This is 400 years in the making,” said Michelle Lew, who teaches the literature section of the course.

The other half of the Afrocentric team, Kevin Batchelor, added, “I think if you take just general U.S. history, you’re going to understand U.S. history for sure, but our focus fills in a lot of the gaps to understand why there is such discontent, particularly among people of color.”

The Afrocentric course first started at CVHS eight years ago, and it became an honors class after five years, which increased demand for it. Students speak positively about their experience in the class.

“It’s important to learn history from all different points of view because it changes depending on who you ask, and if you learn history through different perspectives, you get a broader view of the world,” said junior Charlotte Caistor.

Learning through the Afrocentric view also provides an environment with a specific focus on Black culture and heritage, and it works to validate the importance of Black history that is often glossed over in other classes.

“For me, as a Black woman, a Black girl, I take it as I’m learning the history of my community, and how later on I can help in educating others on the history of African Americans,” said junior Wandii Muinde.

Currently the Afrocentric curriculum covers everything from the start of slavery in the U.S. up until the Civil Rights Movement, and a bit beyond, but most of the focus is on history. However, Lew and Batchelor are planning to incorporate a new unit at the end of the year called Afro Future that will explore a reimagination of our society, taking into account the events of the past.

“I really want to tap into this Afro Future genre because it’s talking about the now,” said Lew.

Understanding how we got to this point as a nation is important in deciding the next steps we take. In the Afrocentric course, an important part of the history is the resistance that African Americans faced in their fight for freedom and equality. Our news today is still laced with that resistance.