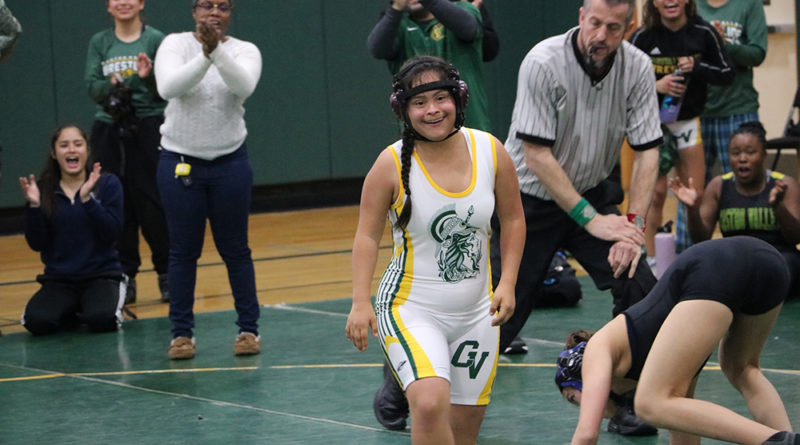 Overall the girls wrestling team senior night was a success on Jan. 16. Many of the athletes did a great job on the mat that night with their family members and friends in the crowd. Coach Sabrina Ross was especially happy when she saw all of her Trojans’ hard work paying off. All the practices and the blood, sweat and tears it took to get to this point were finally paying off. The Trojans defeated the  San Lorenzo Rebels, 78-6.

One of the really interesting matches to watch was none other than senior Carissa Flaton’s match, where she made her opponent submit in the first few seconds. Another fun match was senior Megan Sudmeier’s match, where she took down her opponent, gaining two points, and then also making her submit after that. As soon as this happened, the crowd went crazy and everyone was pleased to see Sudmeier win.

Senior Olivia Ott also has a good night taking down most of her opponents from San Leandro and really among an impact at the scorers table. Senior Cassandra Rodriguez had a total of two takedowns during her matches and also won by submission, taking the total number of submissions up to nine for the whole event.

This was a great night for girls wrestling and everyone who was there would say the same exact thing. Many people will be talking about the Trojans’ senior night for years to come. They worked so hard in order to prepare for this night and it finally paid off in the end.

For the seniors this was their last match ever and they enjoyed every second of it.

“I’m just glad I ended my high school career on a good note,” said Flaton. All in all this was a very successful night for CVHS girls wrestling.