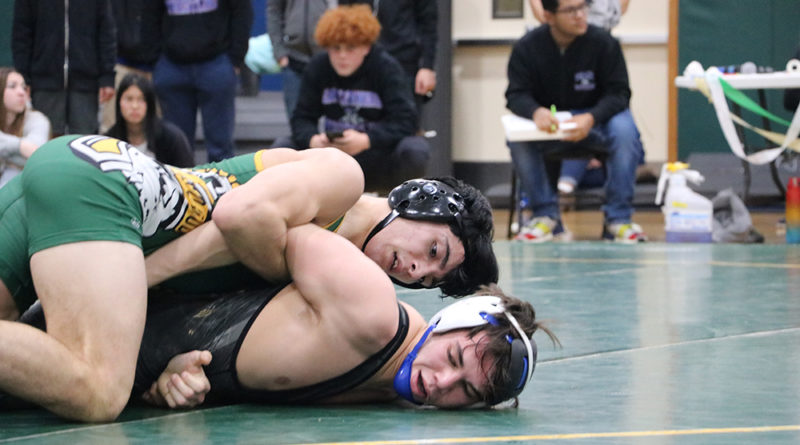 The CVHS boys wrestling team defeated San Leandro 50-22 on Jan. 30. It was the Trojans’ final home duel meet of the season, which meant it was the seniors’ final chance to wrestle for the home crowd.

The crowd cheered as Milad Siddiqi, Dean Nguyen, Isaac Morris, Dylan Vanerwegen, Logan Ramirez, and Kris Darrin were honored for their commitment to the team throughout their senior season.

The team started well with an 18-10 lead after four matches. But once the seniors took the mat, the Pirates didn’t stand a chance.

Nguyen wrestled first and defeated his opponent in a hard fought battle which lasted 3 rounds. “I would say it was one of the best wrestling events I had experienced,” said Nguyen.

Team captains Vanerwegen and Darrin went next and dominated, winning their matches in great fashion. This gave the Trojans a 34-10 lead over the Pirates.

With this lead the Trojans didn’t look back and made the Pirates walk the plank back to San Leandro.

Every senior boy won their match that night, giving the Trojans enough points to win the match-up all together. The team is now preparing for the postseason with the WACC league championships being held on Feb. 15 and NCS following soon after.