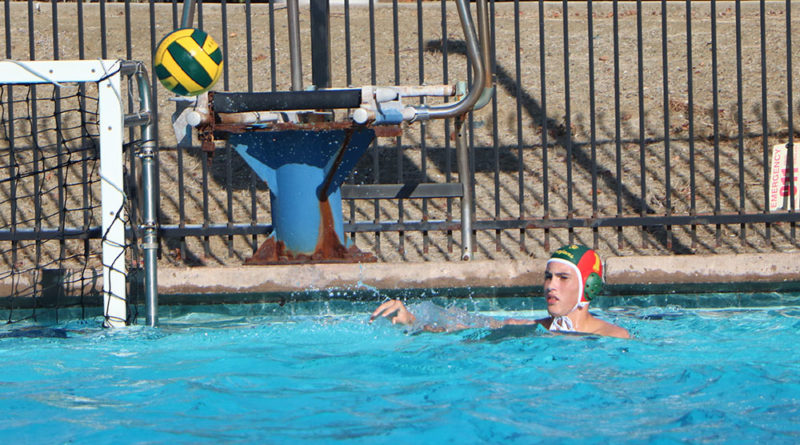 As the offensive player swims past the defense with only the goalie in his path, he rises to shoot and score a goal, but it wasn’t his lucky day because Liam Griffith was in the cage.

Griffith is a senior at CVHS and has been a part of the water polo program for three years. He started out as a field player, but was pushed into goal his first year and hit the ground running.

“I started water polo because I had a background in baseball. I had started swimming that same year and I knew some people doing water polo so I thought it would be fun,” said Griffith.

This summer, Griffith was a part of a club water polo team that got the chance to play at the Junior Olympics in southern California. He played well and used the experi`ence of playing the best of the best back with him for CVHS.

Griffith constantly works hard on the defensive end of the pool but always wants to help the team more in any way he can.

“The worst part about playing goalie is you can’t do anything on the offensive end to help that much,” he said.

Not only has he looked like one of the best goalies in the league, his stats only prove that he has dominated in the pool. Griffith had 227 saves last season with an average of 8.7 saves per game, a team record, but he is on pace to destroy that record this coming season.

Griffith constantly works hard in practice and there is never a time where he has to take a break. He leads the rest of the goalies during practice to help the program continue to grow.

Griffith hopes to continue playing water polo in the future and feels like this is the Trojans’ best season yet.