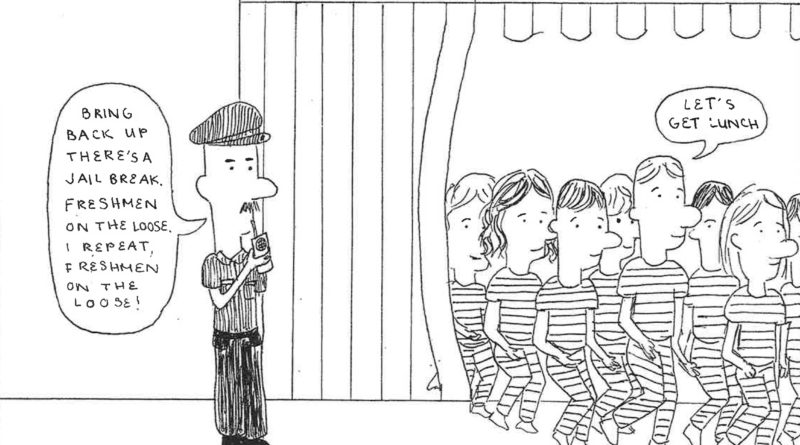 In the past, freshmen were not permitted to go off campus. This led many to sneak off, as a result, especially during combined lunch when it was easiest. They had to rush out and back, in hopes of not getting caught and face consequences, such as detention, however starting this year, they no longer need to. Freshmen are now free to run off campus.

We, at The Olympian, support the change because freshmen often leave campus anyways, so allowing them to go would not bring a big difference. Allowing freshmen off campus would also mean there would be shorter lines at CVHS and more places to sit on campus.

Some possible problems to this change could be longer lines at restaurants in town. There would be less supervision, possibly leading to vaping and other harmful activities. This change can also mean more tardies if freshmen do not make it back on time and perhaps, more trash in the neighborhood. We also thought it was unfair how the upperclassmen were not allowed to leave during their freshman year.

Though this change means more freedom for freshmen, they should show they can handle this change, since it is a trial period and could revert back to prior regulations.