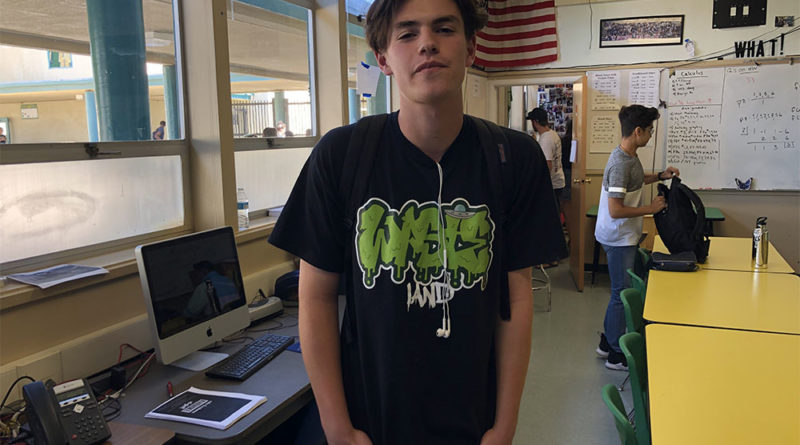 Inspired by a song while listening to the radio, Jory created his line based on his interpretation of the lyrics,“Wasteland.”

“I feel like there’s a lot of negativity in our world,” said Jory.

Jory believes his line’s logo represents our world with all the “negative and toxic energy” in our society.

”Our world can be seen in a different dimension on certain occasions,” Jory said. The negativity and current events in our world have inspired him to believe that we in fact live in our own “Wasteland.”

Senior David Wu says Jory’s clothes are quite cheap and would look good on everyone. He is proud of his friend’s success and wants to help him get enough money to buy a new car.

“I thought his designs were fire,” said Wu.

Jory’s idea of launching his own clothing line began his freshman year and he has been working towards it ever since.

“I started by drawing on worksheets and papers,” said Jory.

Jory became involved in graphic design and drawing during his past few years in high school, slowly creating his company into a reality, all by himself. His company sells t-shirts and hoodies. Jory plans on releasing more designs in the far future.

In the meantime, Jory is excited for his fall drop coming soon with new merchandise designs for the season.