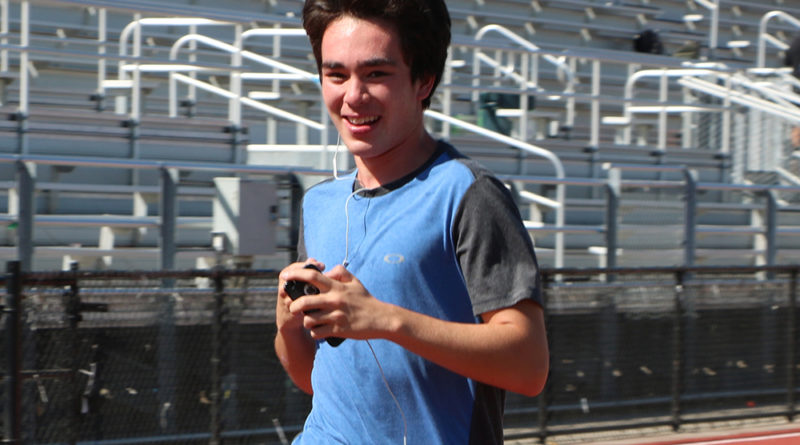 The environment’s beauty and the feeling of fresh air compelled Hunter Bowersmith to run cross country.

Along with cross country, Bowersmith does track in the spring as well. The two sports, while both involve running, contrast each other.

Bowersmith competes in the 800 meters, 1,600 meters, and 3,200 meters events for track, and as far as cross country goes, he tries his best to compete in every run.

There is more to this student athlete than meets the eye. Bowersmith participates in Boy Scouts and in his free time he enjoys woodworking, comic collecting, and hanging out with friends.

“I grew up scouting and running. Running has always been really great because of the atmosphere of people. The team has always felt like a family and that helps a lot in a sport,” commented Bowersmith. “Scouting has been really influential in how I grew up.”

Scouting and running has allowed him to build useful skills, confidence, and some of his best friendships.

“I’m really proud of Hunter. He has worked hard to build the trust and gain respect of his fellow runners become captain. He continues to make me proud every day,” said fellow cross country runner Kaitlin Manning.

Bowersmith is an exemplary student and friend, a great athlete and a great example of an athlete who does not let his sport alone define who he is.