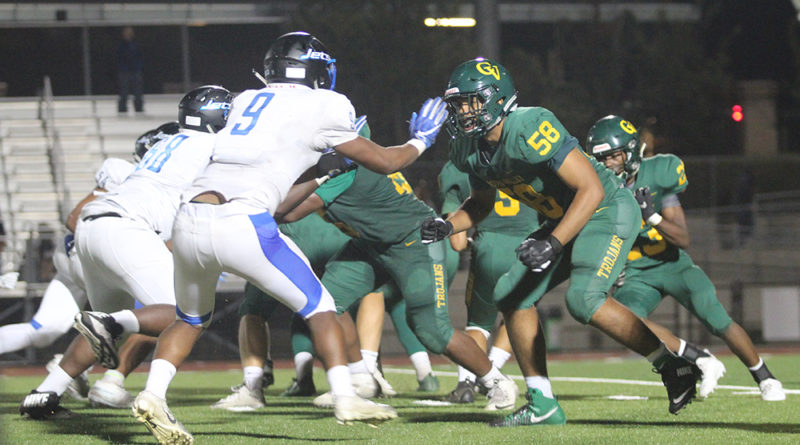 The Trojans varsity football team faced off against the Encinal Jets in the highly anticipated Homecoming game on Friday,  Sept. 28. Getting off to a rough start, Trojans conceded the first touchdown of the game after a punt return.

With a score of 7-0 in favor of the Jets, the Trojans become determined to get back in the game. Four minutes before the end of the first quarter, running back Payton Morgan made a touchdown run for his team. The first quarter ended with a tied score of 7-7.

Well into the second quarter the Trojans recovered a punt at the second yard line to stop their opponents from scoring. Morgan kicked a field goal to get the Trojans their first lead of the game seven minutes into the first half with a score of 10-7.

Unfortunately, the Encinal Jets had a 29 yard pass to get them a touchdown with four minutes until halftime. Encinal then scored again before the end of the second quarter. The first half ended with the Jets leading 22-10.

Despite being down 39 points with less than two minutes to go, the Trojans refused to give in. Less than a minute to go until the end of the game, running back Tyree Simmons made a touchdown run, leaving the final score at 49-17.

“We worked really hard, we really played our butts off in the first half,” said Morgan.

Morgan played his last Homecoming game as a Trojan and like many of his senior colleagues, he had an emotional game.

“Being a senior I got four games left, so all I’m going to do is leave it all out there, that’s all I got,” said Morgan. “We just got to get ready for next week.”