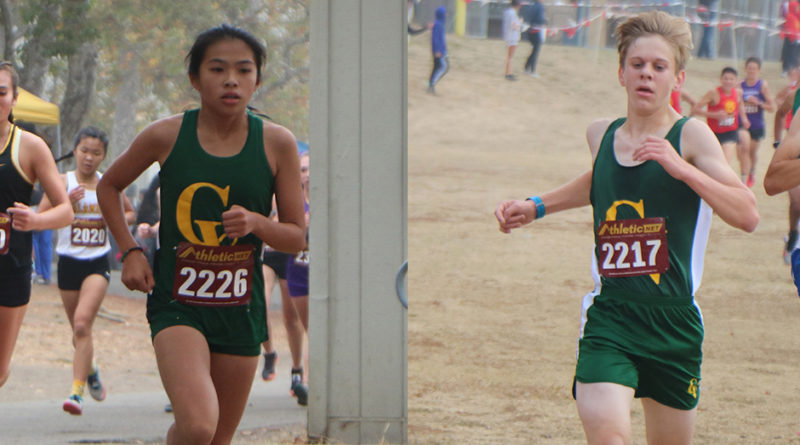 Two freshmen led the CVHS cross country teams this year for the first time in at least 40 years during the WACC Championship at Hayward High on Nov. 9. Despite the weather conditions that day, everybody pushed themselves to run their hardest. Their hard work paid off as almost everyone achieved a new personal record (PR).

Freshman Cameron Huynh cut through the fog with long strides, placing fifth in the girls varsity championship out of 60 girls. Being a freshman on varsity, she has done incredibly during practice and at meets. She looks forward to improving her time for future seasons.

On the boys varsity team, freshman Jacob Bull placed 12th, but was the first freshman and the first Trojan to cross the finish line.

Bull ran extraordinarily during this race and was the only freshman to place in the top 30; the next freshman finished 40th, 45 seconds behind him. Bull was happy with how the meet went and set a new PR by 15 seconds.

“I’ve been having a good season and I hope I can keep it up throughout other years,” said Bull.

The Trojans have been working hard since the start of the school year, running miles and miles to prepare themselves for their championship.

“I’m really proud of the team, both the girls and boys, because I see how hard they work every day since August,” said senior Josephine Taylor. “I think it’s finally starting to pay off.”

As a team captain and a senior, Taylor has been supporting her team since the very beginning, seeing all the ups and downs. As the season is coming to an end with their last meet on Nov. 23, everyone has improved so much.

“The season went great. Our team is very young, so we have everybody that is going to return next year,” said coach Dino Cardiasmenos.

The boys and girls cross country teams each finished fifth in the league this season and hope to improve further next year.

“They all ran fast today and hopefully it will continue next week and the whole season next year,” said Cardiasmenos.