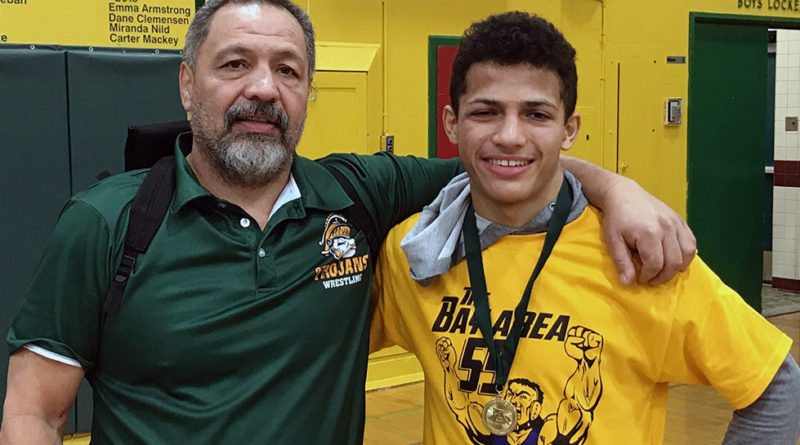 When RJ Maes first met wrestling at age 6, he hated it. When he picked it back up again in third grade, he loved it and hasn’t stopped wrestling since. Being a dedicated athlete, he practices daily after school for about one and a half hours to two hours, rain or shine.

When asked about the most memorable moment of his wrestling career, he described an important match from NCS last year. He wrestled a tough opponent who was a lot stronger than him and had beat him previously. The match ended up going to into overtime and he was able to scramble out with a win. “ It was definitely a crazy match,” he said.

Maes has been having a stellar season so far, with placement in three major competitions. He managed to take third place at Granada Mat Classic and second place at Bankson Invitational Tournament, both fairly large tournaments in the area. His best performance was on his home turf where he took first place at the Bay Area Invitational in Castro Valley.

Maes knows that in order to reach your goals, you first have to set them. His goal for this season is to make it to the state championships, which requires you to place in the top three overall in NCS. Although he has not fully decided on what he wants to do after high school concerning wrestling, he has his goal set on going to state and placing, either this year or next season.

One thought on “Maes wrestles his way to the top”