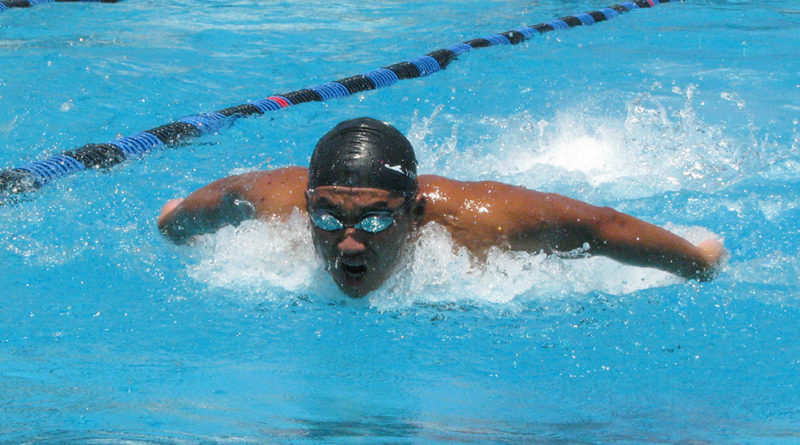 For the first time in ten years, the Trojan boys varsity swim team has won second rather than first, and the Trojan girls got second again at this year’s Western Alameda County conference on May 7.

The Trojan boys were just out of reach of first, by under 50 points, and the girls a little farther behind but still a close competition with Alameda. The Hornets won both the boys and girls championships.

Though it may not have been the victory that the Trojan swimmers were seeking, it was still a result of a season full of hard work and practice.

As every year, the meet started with the 200 medley relay, 200 freestyle, and 200 I.M. Both the Trojan boys and girls relays got fourth place, and CVHS sophomore Sebastian Balica swam his way to second place, getting a new personal record and qualifying for North Coast Sectionals.

Next came the 50 free, 100 butterfly, and 100 free, in which the Trojans generally do well.  Team captain Erik Clemensen got swam to first place with an NCS qualifying time in the 50 free, and also got second in the 100 free behind other captain Donovan Watts.

Freshman Jacklyn Scheberies also swam an amazing pair of back to back events scoring third in both the 50 free and then the 100 fly shortly after.  Sophomore Da Di also gained a personal record, an NCS qualifying time, and second place in the 100 fly.

Trojans fared well in the long distance 500 event as well, with sophomore Di coming in second again, and also sophomores Balica and Helen Senchev both coming in third, Senchev with a qualifying NCS time.

Trojan boys and girls finished first in the 200 yard free relay, also both qualifying for NCS.  They both also came close in the 400 free relay, with the girls in third, and the boys in second.

Though the Trojans did fare well at the meet, the team was not complete because of two injuries that occurred rather late in the season.  Junior Matt Proctor and senior Brandon Chin were unable to swim, but both came and supported their fellow Trojans, and Chin did swim in the next week’s NCS meet.

The next week came NCS, where it is known as one of the toughest competitions in the nation for high school level swimming.

The Trojan boys also put together stellar relays with their 200 free relay, consisting of Clemensen, Luke Severs, Balica, and Watts, fifth and their 400 free relay, Clemensen, Balica, Watts and Chin, eighth in the finals.

This season was a sad but fun farewell to many of Castro Valley’s swimming seniors, most of which have been swimming on this team since they were freshmen, and some who have been in competitive swimming most of their life.

“This season was a great way to finish my swimming career with an amazing group of people,” said team captain Tasha Harger.