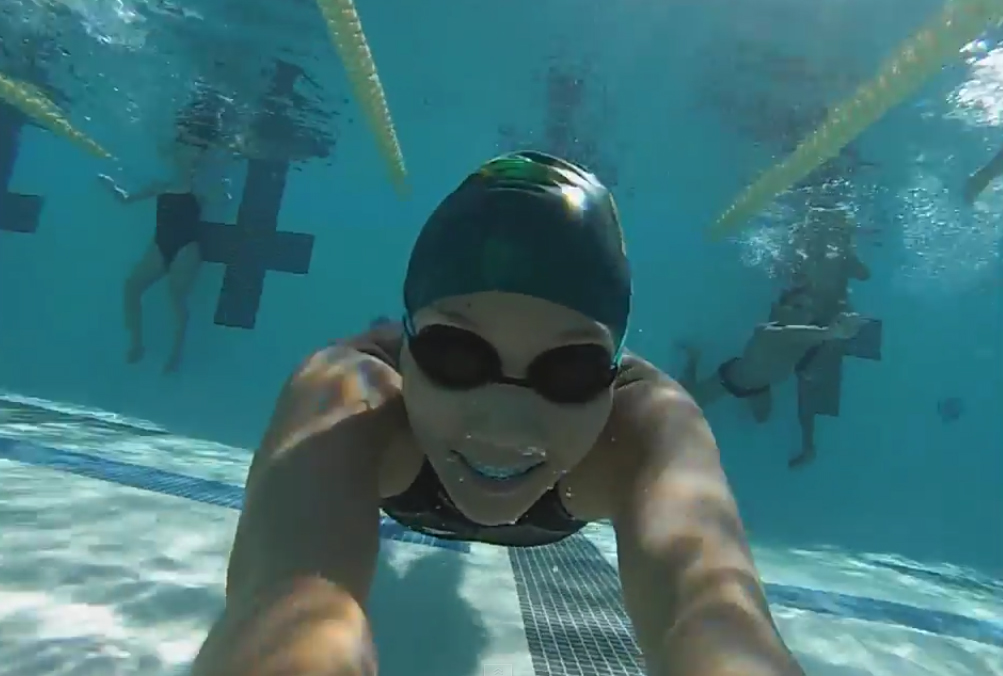 The Trojan boys varsity swim team defended its undefeated league record for the ninth consecutive year at the 2015 Western Alameda County Conference championships on May 9.

The boys won first place with 502 points, defeating seven other teams by over 100 points. The girls swam a close race with Alameda, and were able to take a respectable second place with 443 points.

Trojan swimmers had put in months of hard work and training in preparation for this meet, and their work could be seen in their outstanding results.

The meet started off with a splash in the 200 medley relay. Trojan relay teams placed third for girls and second for boys overall, scoring some good points for the team to start with. The Trojans were strong in the 200 freestyle, with a third place finish for the girls from Jessica Mi and a first place finish for the boys from Dominic Canepa.

History was made at the meet when Carson Sand broke his own league record from last year in the 200 IM, improving the record by two seconds. Jaya Garcia also swam an impressive 200 IM, placing fourth for the girls.

Outstanding performances were seen in the 50 freestyle by Luciana Balica, who placed second for the girls, and Erik Clemensen, who placed first for the boys and broke the meet record momentarily. However, his record was re-broken and claimed only minutes later by Sand in the first leg of the 200 freestyle relay.

More great swims came from Donavon Watts, who placed first in the 100 freestyle and also broke the meet record for that event. Laura Macchiavello also did well in her 100 freestyle, coming in third place for the girls.

The Trojans really shined during the freestyle relays, where the talent and depth of the team really showed. Both Castro Valley 200 freestyle relay teams took first place. The girls’ team just barely missed the meet record by .17 seconds.

The Trojan boys team’s real strength lies in the 100 breast. In that race, first, second, fourth, and eighth places were all claimed by Trojan swimmers: Sand, Watts, Brian Corbett, and Anthony Chew, respectively. Sand once again defeated his old meet record and improved it this year by two seconds. The girls team finished strong with a first place finish in the 400 freestyle relay, scoring the final points for the team.

“Across the board, everybody dropped time. It was a really good meet, as usual,” said Coach Orin Bentley. “The people that worked really hard, it really paid off.”

“I’m proud that all my teammates practiced and worked hard throughout the season. It really paid off,”  said team captain Olivia Wallace.

Now, Trojan swimmers are looking to North Coast Sectionals (NCS) for their next shot to swim fast. This year, 11 swimmers qualified as the top 40 swimmers from over 50 different high schools for individual races at NCS.

“Many swimmers have made NCS for the first time,” said Bentley. “It’s exciting, because these really are the fastest swimmers in Northern California.”