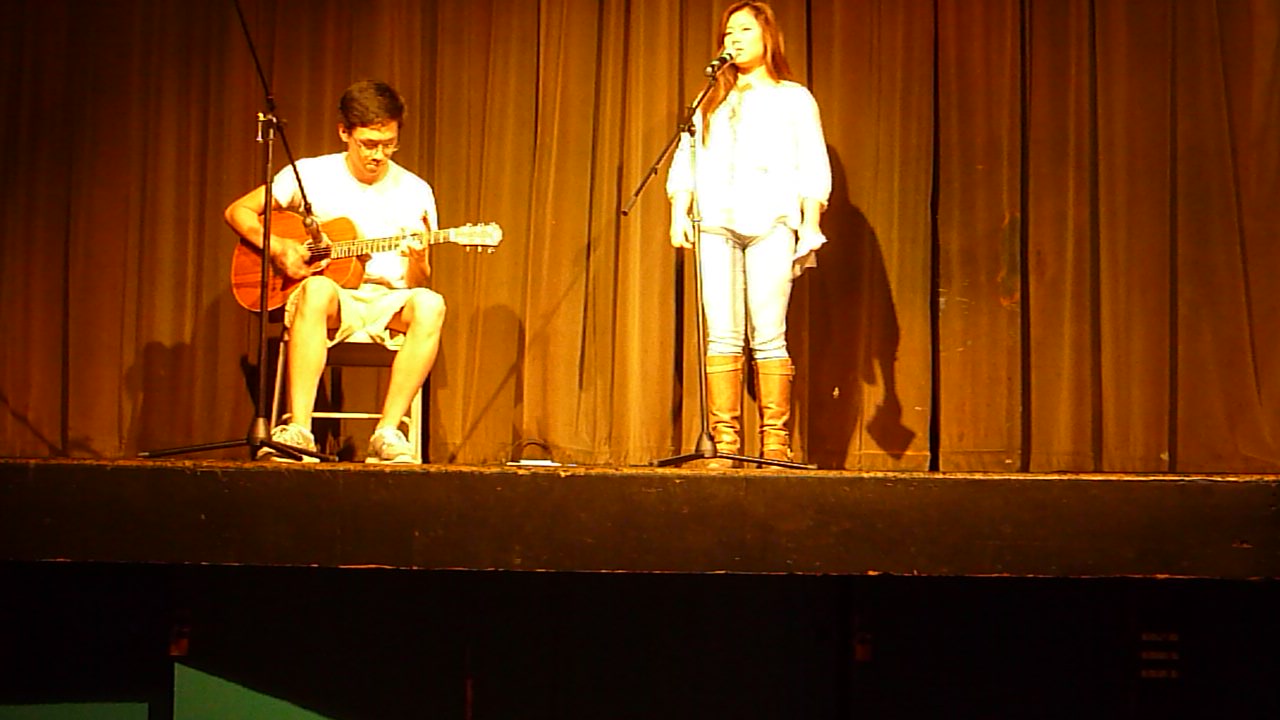 CVHS’s annual Battle of the Bands, organized and hosted by DECA, occurred on Friday, Oct. 24.  The nine performing acts consisted of a solo, two duets, two dances, and four bands. Every single performance showed passion, dedication, and liveliness, while also supporting a good cause.

Each performance truly showed how extremely talented CVHS students are. From the beginning of the night until the last show, the crowd listened, clapped along, sang, and cheered for their fellow classmates, friends, and family.

The performances were of course the main attraction, but there was also a concession stand, a T-shirt stand, and a People’s Choice stand. The People’s Choice stand allowed audience members to donate money to their favorite band’s jar. The money collected was given to a charitable foundation called Open Arms Ukraine. This important organization helps orphans, ages six to eighteen, in Ukraine, have better lives by befriending these struggling children, as well as making them feel as if they have a safe home, keeping them out of trouble, and supporting them. Over $200 was raised for Open Arms Ukraine. Also, the act with the most money raised won the People’s Choice award. The winner was the band Def Con. They were awarded Open Arms Ukraine T-shirts and certificates.

The judges had a hard decision to make for the winning performance, especially after hearing so many great acts. First place ended up going to the band Stand Off, who undoubtedly delivered a memorable and talented performance. Their winning prize was $50. The members of the band are Tyler Cook, guitarist and singer, Grey Janowski on the drums, Cesar Revuelta, also playing the guitar, and Mitch Avery, who is usually on the keyboard, but couldn’t play because he had a football game that night. They played five songs, one being an original named “You’re Mine.”  Second place was given to the Jazz Quintet, who kindly donated their $25 dollar prize money to Open Arms Ukraine. Last but not least, third place was given to the same winners of the People’s Choice award, Def Con. They were awarded with Battle of the Bands T-shirts.

“DECA is incredibly proud of this year’s turnout. The acts were great and we had an awesome time putting on another successful Battle of the Bands! See you next year,” said senior Suhani Abdullah, DECA club president.