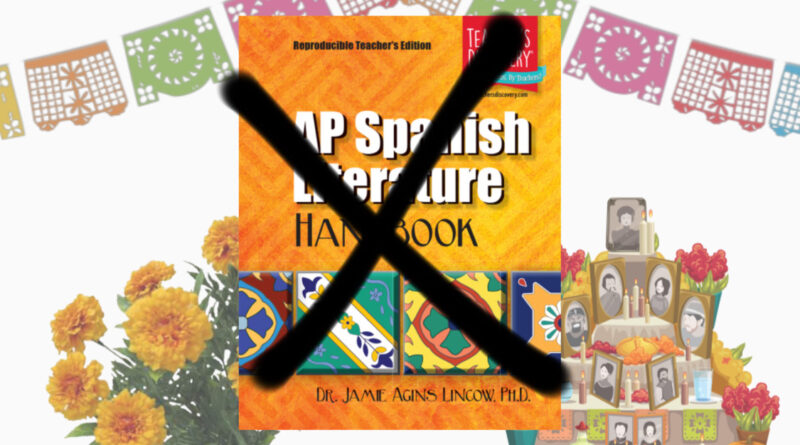 Although it was offered, the AP Spanish Literature course is not being taught this year as a result of low enrollment. This has sparked frustration among high-level Spanish students, who feel that they are not being given the same opportunities as other AP students.

Non-heritage students generally complete Spanish 1, 2, and 3. They can then select Honors Spanish 4 or skip to AP Spanish Language. Either way, it can take four to five years until students can reach AP Spanish Literature, so they must begin taking classes in eighth grade.

“AP Spanish Literature is a class that many unrepresented kids take, especially Latinos who are statistically underrepresented in AP classes,” commented Linda Soto, a senior who was prepared to take the course this year. She was extremely disappointed to see that the class was not on her schedule. “I don’t know why that couldn’t work out.”

CVHS students request their courses for the next year during the early second semester. For a class to be created, at least 25 students must request that class as their first option for each subject category. AP Spanish Literature had nine course requests this school year.

Yet, this criteria does not align with certain courses. AP German, for example, had 18 requests and now has a roster of 16 students. AP European History has a class of 18. These courses are taught every year, despite having enrollment below the minimum requirement.

“There’s a few specialized classes that might get to run with lower numbers because they have a special funding source. But for the most part, a class needs to have around 30 students, or at least 25,” explained Assistant Principal Kevin Baker, who manages program planning. “Each year there’s classes that are offered, and we hope that we’ll get enough students interested.”

CVHS has the resources to teach AP Spanish Literature. Teacher Antonio Acosta last taught the class during the 2017 to 2018 school year. He was prepared to teach the course this year, but discovered that the course was not being offered when schedules were released.

“I had a pilot class of about 16 kids. One hundred percent passed the AP exam. But ever since then, we haven’t had the chance to teach it again because of the school policy,” said Acosta. “The next year we found out it was because there were not enough students to approve the class. And then after that, same thing, and then the pandemic came and it’s been repeating over and over.”

Running a class with low enrollment is a poor allocation of resources. Teachers must put in the same amount of time and effort, for fewer students to receive the benefit.

“I don’t know how much the AP Spanish teachers are promoting it, but the class definitely needs to be promoted heavily for it to run,” stated Baker.

Fortunately, reaching that number of 25 appears possible in the future. AP Spanish Literature is catered to native speakers, of which there are 254 at CVHS. In total, 65 students are enrolled in Spanish for Heritage Speakers 2 this year; 34 are in Spanish for Heritage Speakers 3. Whether or not these students will pursue Spanish classes up until AP Spanish Literature will determine the true amount of course requests. But frankly, not teaching this class hurts minority students the most.

“For many Latinos, this is one of the only AP classes they are going to take,” said Soto. “To have that taken away from them is really a violation of our sense of community that we’ve been building over the years.”