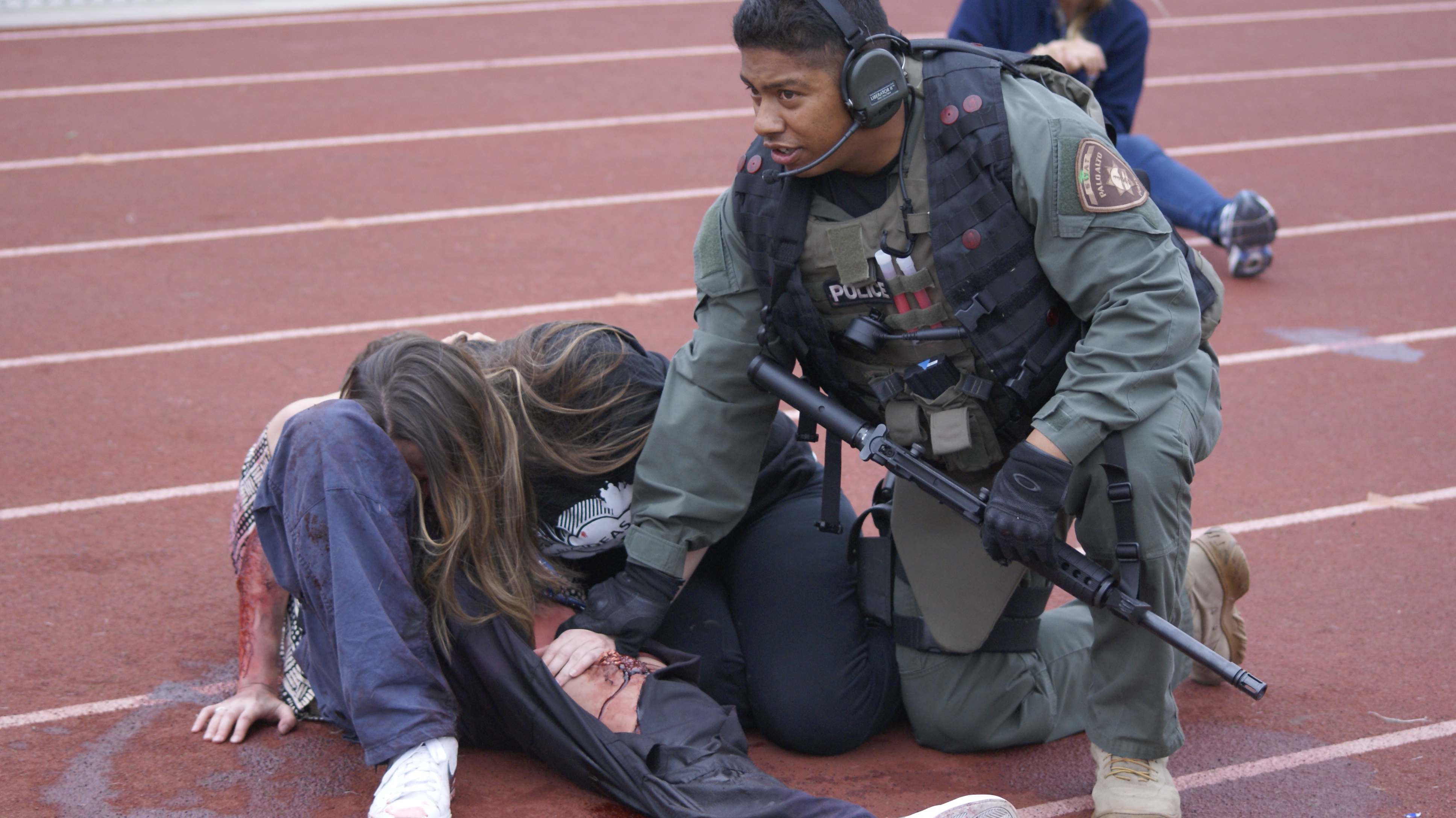 Police, SWAT officers and paramedics participated in a 48-hour training operation called Urban Shield at on Oct. 26 and 27.

The different groups circulated around the Bay Area, using schools and vacant buildings to set up domestic warfare situations. Members from all teams came to train at CVHS to better protect their communities.

One situation took place on the football field. As a speaker on a podium addressed the crowd in front of him, a “bomb” suddenly went off, with a gunman appearing from the bleachers, firing blanks down at the stage and crowd. In the next few minutes, SWAT officers cleared the area to rescue the speaker and take down the enemy gunman.

Paramedics rushed onto the crowd, desperately trying to save the large number of wounded. By the end of the drill, the track was stained with blood, but it was comforting to see the wounded stand up and smile again. The teams then jumped back in their vans, and drove quickly to the next situation.