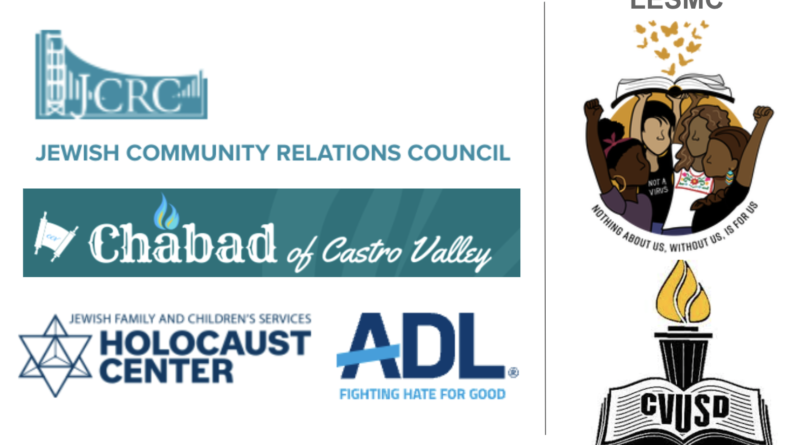 A new ethnic studies course is set to come to CVHS in 2025, but Jewish groups are objecting to Castro Valley schools contracting with Liberated Ethnic Studies Model Curriculum Institute (LESMC) to help create it, claiming the group’s material is antisemitic and harmful to Jewish students.

“The draft that [LESMC] proposed included language supporting a boycott of Israel and promoting anti-Zionism,” said Rabbi Laurence Milder of Congregation Beth Emek at a school board meeting on Jan. 19. “At the same time, it did not treat antisemitism as a significant issue, lumping the Jewish experience in America together with white privilege.”

The ethnic studies class, required by California law, will be one semester long and mandatory in order to graduate starting in 2030. The district has paid LESMC $150,000 to help create the class, which will focus on the culture and history of African American, Latinx, Asian American, and Native American people, with added units about Pacific Islander and Arab groups.

The section that tackles the Israeli-Palestinian conflict is what is under fire from some of the Jewish community. Protesters accused LESMC of formatting the curriculum in an antisemitic way, painting Zionists as evil.

“In our national environment of rising antisemitism, many students have been attacked and bullied for their identity—something I’ve witnessed as a teacher at Castro Valley High—and for expressing any connection, either real or perceived, to Israel,” said Deborah Yager, former CVHS science teacher.

Not all of the Jewish community in Castro Valley oppose the new curriculum, though. Some say that a critical examination of Zionism is not inherently antisemitic, and it’s important to teach.

LESMC, a committee comprised of ethnic studies professors, curriculum experts, and ethnic studies teachers, expressed the group’s goal to build empathy among all students, and in doing so, not to pick and choose which events are discussed.

“Educators have an ethical responsibility to teach the truth,” wrote the group in a letter to Castro Valley Forum. “To compromise ethnic studies curriculum by eliminating the stories and experiences of any of the four radicalized communities provides a disservice to students and the goals of the discipline. LESMC works to partner with school districts and communities to maintain the integrity of ethnic studies and to create safe learning environments where all students may engage in critical conversations, take academic risks, and learn to think critically while becoming more compassionate and empathetic individuals.”

In addition, Assistant Superintendent Jason Reimann emphasized at the school board meeting that there is no set curriculum yet for the ethnic studies course. The California law encourages districts to make their own curriculums that are reflective of their communities, which LESMC would help to do.

“One point of clarity: we are not looking at this point to adopt a curriculum,” Reimann said. “What we’re doing is bringing in a partner who is going to help us with professional development, and help us to form a collaborative committee that is going to work within our community to develop what the curriculum is going to be in Castro Valley.

He also added that the history of Israel is covered in the sophomore World History course at CVHS, and that when educators hold conversations with students about the Jewish community, they speak strongly against antisemitism.

“We utilize curriculum from a variety of groups, including the Anti-Defamation League,” he said. “The Mosaic Project has come in and done some excellent work in terms of bringing communities together. We don’t feel working with groups such as LESMC is mutually exclusive from working with other community groups—in fact, we hope that we can bring multiple perspectives, [consulting] anybody who are part of those historically marginalized groups and making sure we’re as inclusive as possible.”