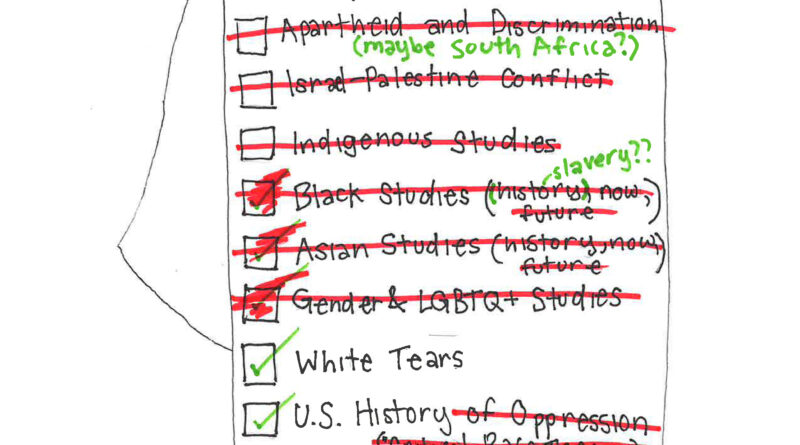 We feel that this conflict should still be taught even if it makes some people uncomfortable. We learn about the South African apartheid—which was also a deeply rooted conflict between two ethnic groups—so why not learn about the Israeli-Palestinian conflict too?

As long as educators remain unbiased, the conflict is important to teach. Whenever we talk about conflicts anywhere in the world, there are negative aspects that are brought up about both sides, but that doesn’t mean that those groups are demonized. The ethnic studies curriculum aims to teach in an unbiased way and refrain from pointing fingers at one group over another.

The Jewish groups are afraid of receiving more antisemitic hate once people learn about the Israeli-Palestinian conflict, which is a valid fear. While we acknowledge this fear, we believe that it’s still important to teach about the conflict because it is a recent event in history, and it deeply impacts many people. Antisemitism is spoken against strongly throughout

In school we already learn about topics like Japanese internment in the U.S. and the South African Apartheid. The curriculum shows both sides of the issues so that students can see why these things were wrong and how we can learn from them. The Israel-Palestine conflict is no different.

12 thoughts on “Israeli-Palestinian conflict should be taught in schools”