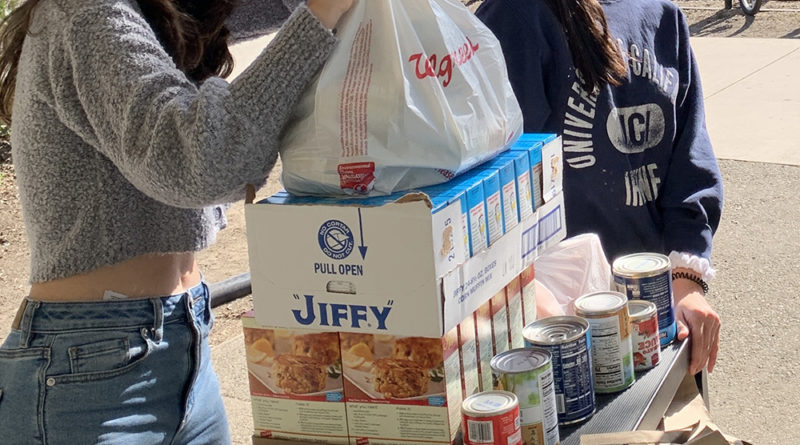 CVHS held its annual canned food drive from Nov. 4 to Nov. 22 and adopt-a-family drive from Dec. 4 to Dec. 17. These drives are a competition between fourth period classes to see who can donate the most canned goods and cash for families in need.

This year CVHS was able to donate 3,284 canned food items with teacher Amy Ryken’s class winning the class competition collecting 826. Carmelina Frasca and Jeff Goldstein were not too far behind, finishing in second and third, respectively.

The collected cans and cash were picked up by students in Leadership who tallied up the leaders.

The canned food drive competition was supposed to be a two week event this year, because in the past CVHS continued to collect way more cans than needed. The Leadership class decided to extend the event to three weeks, allowing more students to donate canned goods.

The cans are collected from all the schools in the district and are sorted out to create Thanksgiving meals for families in need. The adopt-a-family money is collected by Leadership students and during winter break they used the money to buy gifts for the families the school adopted. After that, they were brought back to CVHS to wrap and deliver to those families in need.

Last year, due to the cancellation of school on the last day of the canned food drive, there wasn’t an official winner. However three teachers went above and beyond to collect a majority of the schools canned goods and were declared co-winners. Carmelina Frasca’s, Amy Ryken’s, and Emily Ledford’s classes competed for the coveted pizza party as they were declared co-winners but that didn’t happen this year.

Frasca has continued to collect hundreds of cans ever since she started participating in the drive.

“I actually really like that we end up bringing in a ton of cans for the community,” said Frasca. When asked about strategy for the canned food drive, Frasca said, “I like to bring them in from the beginning and just offer the number early rather than save them up till the end.”

Ryken started pushing her class to donate canned goods two years ago and has never looked back.

“By making it a fun competition, we are able to give more to the community and that’s what matters in the end,” said Ryken.

CVHS continued to give back a lot during this holiday season and hopefully that trend continues in the future.