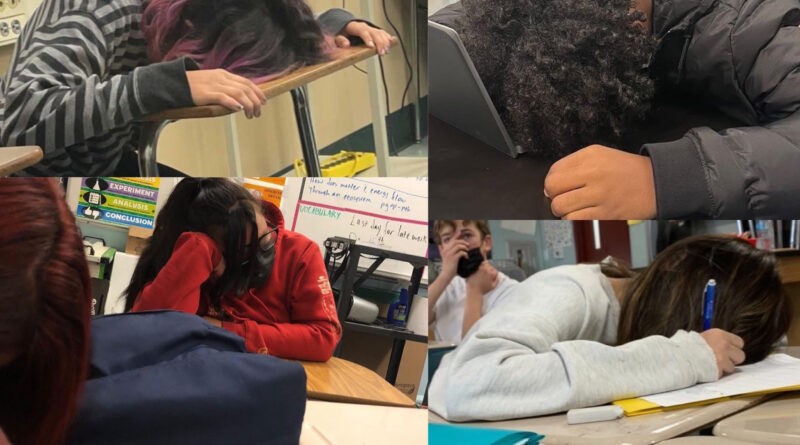 Going into effect during the 2022-23 school year, Senate Bill 328 will require California high schools to begin regular classes no earlier than 8:30 a.m. The law was signed by Governor Gavin Newsom in 2019 to better serve teenagers’ biological clocks and combat the alarming rate of sleep deprivation among high school students.

Teenagers who receive less than eight hours of sleep are more likely to use cigarettes, drugs, and alcohol, and are more likely to cause car accidents. Scientific study has proven that a teenager’s brain is more active at night, and shows that teenagers are unable to feel fully awake and engaged in class until about 9 a.m. to 10 a.m.

Effects of lack of sleep include high blood pressure, diabetes, heart problems, anxiety, and depression. Many CVHS students report that when not receiving much sleep, they tend to display, “lack of focus, irritability, no motivation, mood swings, stress, and lack of knowledge retention.”

Homework, sports, extracurriculars, part-time jobs, and screens all hinder sleeping hours and contribute to the drowsiness of students. Among 69 CVHS students, 23.3% reported falling asleep in class “Often” and “Almost Always,” with first and fifth period being the most popular napping times.

In fact, the number of students seen falling asleep in class combined with social media trends has inspired the creation of multiple CVHS sleeping accounts on Instagram. Students send in photos of their classmates dozing off in class to these accounts, which are posted in a humorable fashion on the page. There are dozens of sleeping beauties seen passed out on their desks. Who knew that a funny TikTok trend has brought light to the sheer amount of sleep deprivation seen around campus.

Next school year, first period classes will start no earlier than 8:30 a.m., but an important question is if dismissal will be later as well.

“I would hate that, imagine getting out later than 4:00. That’s a whole day gone just for 20 minutes of sleep that I’ll probably use to stay up later,” shared junior Mia Wierzba.

About 38% of surveyed CVHS students agree, while 62% support a later start and release time.

“Since our brains are more active later we need more time to ourselves,” said junior Bianca Petalver.

To answer these pressing questions, Principal Blaine Torpey states, “There is an Instructional Minutes Committee that has been meeting and will continue to meet. There are many different factors that affect a school’s schedule and instructional minutes, so it is difficult to predict our potential end times. I think that any effort to support the development of young people with a focus on their health and wellness is worth it.”

As questions arise about next year’s schedule and its impacts, only time will tell how effective Senate Bill 328 will be to the youth of California.