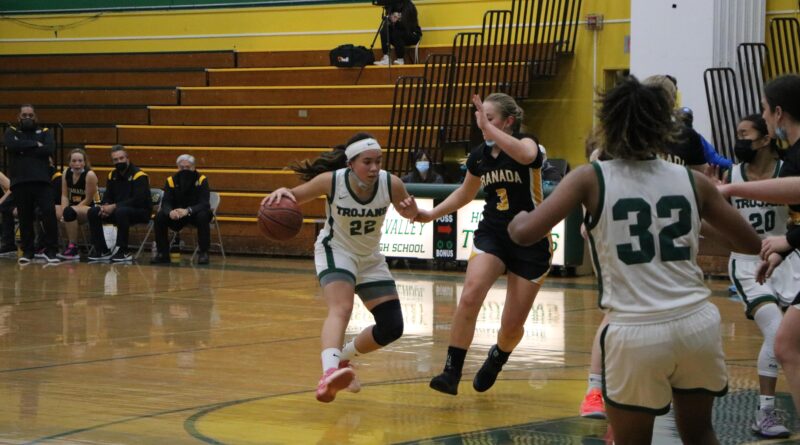 The CVHS girls varsity basketball team suffered a loss against Granada High on Dec. 14, with the final score at 55-39. However, Trojans played hard throughout the game putting up a fight against undefeated Granada.

After only scoring 1 point in the first quarter Trojans made an incredible comeback scoring 11 points in the second and then 18 in the third leaving the audience on the edge of their seats.

“I believe that the outcome of the game depends on our body language,” said senior Lauryn Chinn. “We try to stay motivated by staying positive on and off of the court.”

This game had the audience on the edge of their seats throughout the game with friends, family, and fans constantly cheering in support for the trojans.

Senior Lauren Green stood out and she was awarded player of the game after scoring an incredible 20 of the Trojans’ 39 points with the help of her team.

“It’s early in the season and a couple of our starters have gone down with injury, which has left our chemistry and flow as a team in a weird position. We can only improve from here, by learning to work as a team and build trust in each other’s skills and our own abilities,” said junior Amaya Jiao about their struggles and how they plan to improve as the season progresses.

This loss is just a minor setback for the Trojans who will continue to work hard and improve as the season progresses.