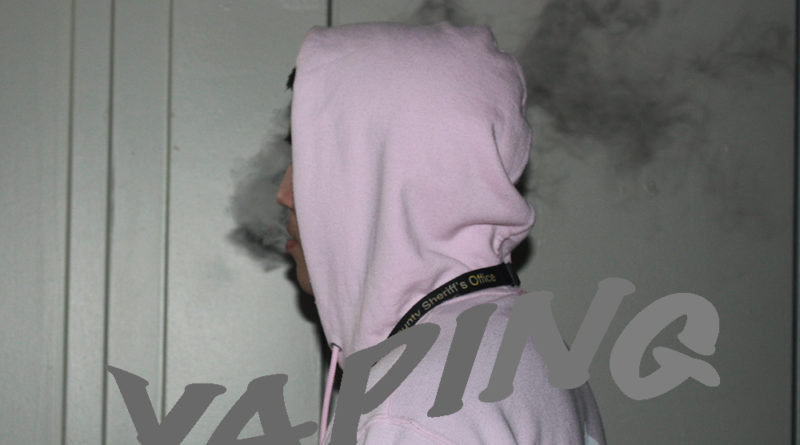 The Castro Valley School District joined a lawsuit against JUUL Labs with 16 other school districts. The suit claims the money will recoup the cost of absent students, education programs, and vape detectors.

JUUL claims they only target their adult smokers and don’t intend on marketing to teenagers and students. Regardless it has become an epidemic and the district is putting public health first.

“The health and safety of our students is our number one priority, “ said Superintendent Parvin Ahmadi. “Vaping directly impacts the health and well-being of our students and takes away resources that can and should be used to support them academically, socially and emotionally on an ongoing basis.”

The Trump Administration banned some flavored vapor cartridges to prevent underaged teenagers from vaping. However, menthol and tobacco flavored e-cigarettes remain on the market.

Last month, Congress raised the minimum age to purchase tobacco and vaping products from 18 to 21 in order to prevent teens from vaping. Studies show that 5.4 million middle and high school students used e-cigarettes in 2019.

California Governor Gavin Newsom voiced his opinion on the issue of vaping when he was interviewed by The Olympian. “Well we’ve been very aggressive. I’m supporting a vaping tax, in my budget, to tax vaping cartridges like we tax tobacco. We currently don’t have that,” said Newsom.

“I think we should absolutely eliminate all flavored vaping. The Trump administration, to their credit, went part of the way. We want to go the entire distance.”

At CVHS, a recent study indicated that there has been a 25 percent reduction in students caught smoking or vaping at CVHS from last school year to this school year. According to Assistant Principal Kevin Baker, the Anti-Vaping Task Force is still working to prevent future teens from acquiring vape devices in the future.

The significant drop-off has been the number of girls caught smoking or vaping on campus. Last year, 11 girls were caught from August to January, while this year it is only three girls.

It seems like less students are vaping in general, but these numbers could also entail that CVHS students are becoming smarter and are leaving their devices at home or someplace else.

“It’s a huge issue and it scares me as a parent with four kids. It’s unacceptable that we have allowed this to manifest on our watch. We own this. We should have seen this coming,” said Newsom.

With all these new developments on preventing vaping teenagers in the past month, it seems like this could create big changes and keep students safe.