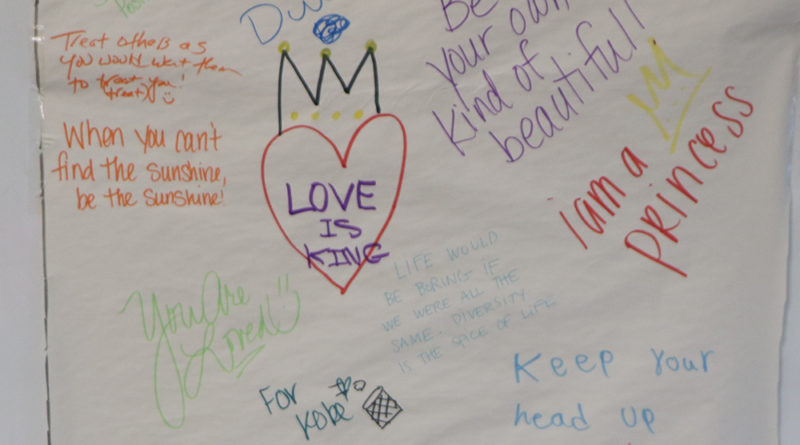 Racist graffiti was found at CVHS on the morning of Jan. 21, the day after Martin Luther King Jr. Day. According to Principal Blaine Torpey, the writing was “threatening and inflammatory graffiti that verbally attacked many member groups of our community.” Although law enforcement officials indicated that the graffitti incident was not related to a potential bomb threat to the school a few days before, it seemed suspicious coming so quickly after another event.

As Torpey wrote in his email to students and parents, “The tools of fear and anonymity are not the ones used to build and bridge but to destroy and dismantle. They are tools indicating a weak moral compass.” This is not the first act of hate found at the school, and unfortunately, it probably will not be the last.

However, some CVHS students were not rattled by the graffitti event and used the incident as an opportunity to counteract the hostile message by getting the CVHS student community to sign posters against racism and hate. Beyond the posters, the Leadership class created a video showing various students making the posters and adding their personal messages against hate.

The overwhelming positive response of the students demonstrates that the CVHS community is stronger than the few who bring hate towards it.  CVHS students were encouraged to see the positive messages on campus.

“I was really happy to see my fellow students rallying together on campus against hate,” said senior Nathan Inamdar.

By uniting together against racism, CVHS students showed strength in numbers towards those trying to bring fear and division to campus.

“We need to build empathy and to help students connect with other students. By doing this, we can deter hate language and hate attitudes,” said Marian Meadows, director of the Wellness Center.

By taking action based on Director Meadow’s suggestion, CVHS might be able to make some headway against racism.