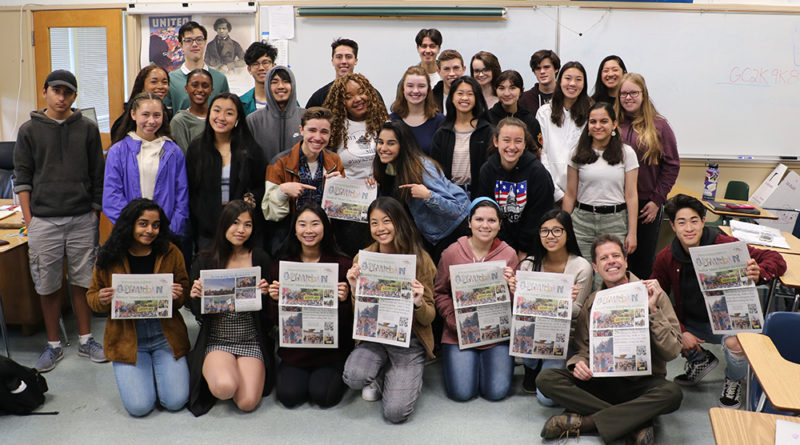 Students in the Castro Valley High School journalism program won a total of 36 awards for their writing, photography and video productions in the 2018-19 school year. The journalism class of 31 students publishes The Olympian newspaper, web site, and social media pages.

“It’s been so great working for The Olympian for three years. I’m so grateful for all the opportunities journalism gave me and it really turned me into the person I am today,” said Moysen, who’s headed to the University of Oregon.

“Journalism has allowed me the opportunity to foster important discussions in my community and converse with passionate people, working to make a change in their community. I am so grateful for the years I’ve had,” said Panjwani, bound for Brown University.

Panjwani and fellow editor-in-chief Nathanial Ortiz shared honors as editors of the year.

Photo editor Hayate Moro won a Journalism Education Association award for his video opinion about unplugging from technology as well as The Olympian MVP award.

“This is where I was able to get involved in pretty much everything and what helped me get this far in high school academics and social life. I have never had a class that made me so proud of myself, so I am super glad I had the courage to join!” said Moro, who will attend Cal Poly San Luis Obispo.