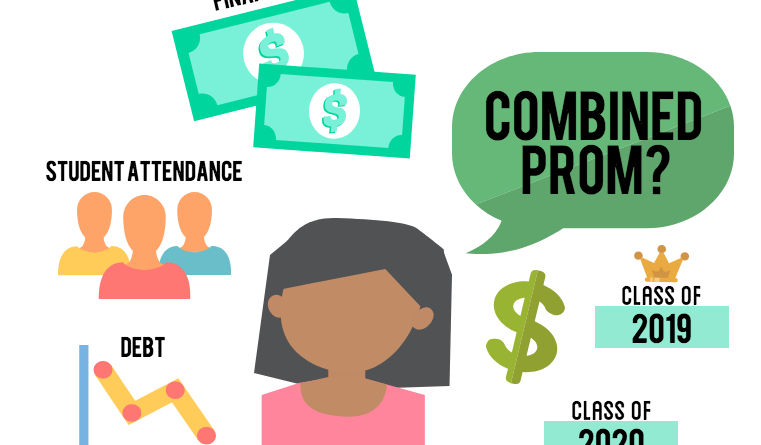 Due to financial circumstances and decreased student attendance, combining the two proms was a major topic of discussion in ASB for the past two years, and student leaders finally came to the decision to combine both proms.

ASB labored over this decision, weighing all options and using previous proms as a baseline. After speaking with students on ASB as well as Michael Kentris, activities director, it became apparent that two main things were the deciding factors: finances and student attendance.

On top of this junior class debt, venues that accomodate large events like proms are decreasing while the cost of available ones increase.

The second reason was the data collected and interviews taken by Kentris and ASB.

“When students purchase tickets for prom, the software we use allows us to see how many tickets were bought and which students bought them, through this I spoke to students I knew, and asked them why they went to Senior Prom instead of Junior Prom,” said Kentris.

Through their investigation they found that attendance for Junior Prom has decreased over the past couple years.

According to the newsletter; in 2016 the Junior Prom saw the attendance of 604 students. The following year it saw 515 students and in 2018 only 429 students attended.

From the data they collected, it was found that over 100 juniors who attended Senior Ball did not attend Junior Prom. The reason: the juniors wanted to go with their senior friends.

On top of all of these factors, CVHS is the only high school in our area to have separated proms. Fremont, Monte Vista, Logan, Hayward high schools all have combined proms.

“CVHS is the one of the only high schools in our area to have separate proms, a majority of the other schools have combined them,” said ASB president Michelle Terhell.

While this combining of proms may upset many students and parents, the decision was based solely on fact and necessity and not on the whim of ASB.