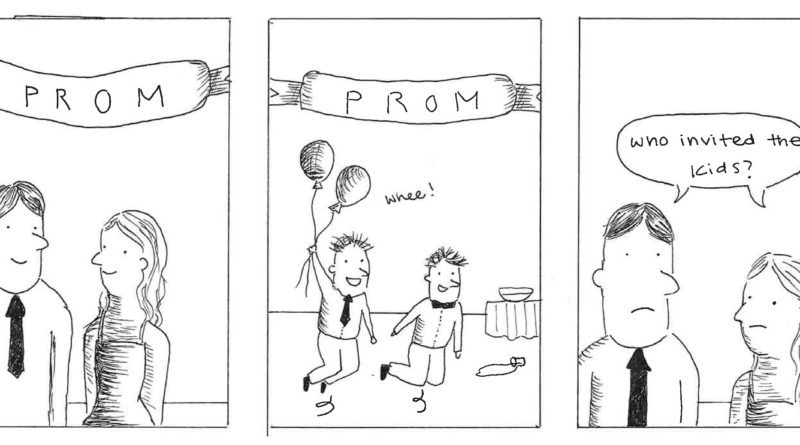 During school registration, a newsletter was handed out addressing the change regarding the most important dances in high school, Junior Prom and Senior Ball. The ASB had combined the two dances, hopefully balancing the scale between the cost and attendance.  We at The Olympian support the idea of combined prom in order to keep a little more cash in our wallets while seeing an upgrade to the venue.

Last year, Junior Prom tickets ranged from $75 to $85 per person while seniors paid between $85 and $95 for their dance. The entire process of buying or renting dresses or tuxedos, buying corsages, tickets and renting a party bus adds up to a large amount that forces juniors to decide which prom they should attend. ASB found a significant amount of juniors who went to Senior Ball did not take part in Junior Prom, creating a $5,000 debt for the junior class account in 2018.

Most students can agree that a packed ballroom is better than having spaces of awkwardness between dancers. Integrating prom also means integrating students, so we support the DJ turning the beat on stage with thousands of hands flying up in the air in front of him.

The combination of prom is not a new concept. Fremont, Monte Vista, James Logan, and Hayward high schools all have combined proms, surprisingly making CVHS an outlier in the area.  In addition, creating only one option eliminates the frowns on couples of different ages who had to decide which dance to attend.

However, some believe having separated proms has been part of the school’s tradition. Two took place so both the junior and the senior classes had the entire venues for themselves. Seniors may not want juniors at “their” prom and the juniors may feel unwelcome.

Despite the opposition, we at The Olympian are optimistic about the modification. Putting senior sense of superiority aside, lowering the price will increase attendance and lead to a more full and memorable night.