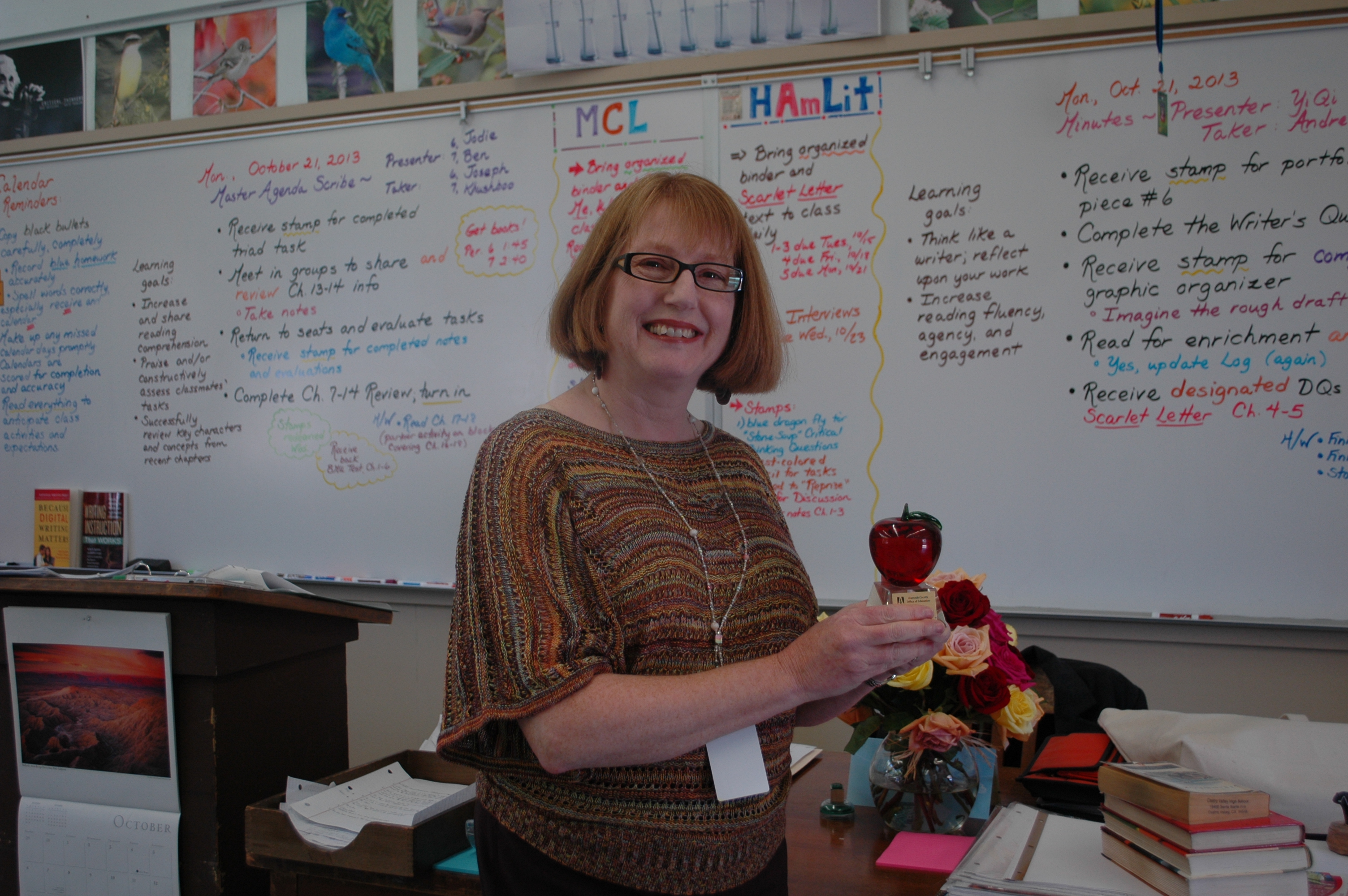 After teaching for 26 years as an English teacher at CVHS and twice winning the coveted Teacher of the Year Award, Clare LePell knows what it takes to help students academically excel. Lepell started teaching in 1989, instructing a myriad of English courses including Sophomore English, Honors American Literature, and Multicultural Literature.

LePell gained an interest in teaching English after helping students in an impromptu essay clinic while working in the Hayward School District. During her time helping seniors with their college essay applications, Lepell had her “aha” moment.

“I didn’t want to just be helping students with writing,” she said. “I wanted to actually teach them how to write.”

She then began the process of getting her teaching credential, which involved a year and a half of graduate work at Cal State East Bay. Once a credentialed teacher, LePell spent one year teaching at Hayward High, and then began teaching at CVHS the following year.

When talking about the uniqueness of CVHS, LePell had plenty to say. “Well, I think one of the things I love about this particular place is how cooperative the teachers are with one another.” Lepell also went on to talk about her fondness of her students, past and present.

LePell has won the Teacher of the Year award once before, in 1990. The students, sophomores at the time, were “global thinkers” and the class is and was her favorite for many reasons, including the fact that one of her students was the famed Rachel Maddow. Now, 25 years later, LePell has once again won Teacher of the Year.

“I feel honored and humbled,” she said. “I think this profession is incredibly demanding and I know there’s so many people who work incredibly hard day in and day out and so it’s a little tough to be recognized outside of one’s peers because I know I wouldn’t be the same teacher without them.”