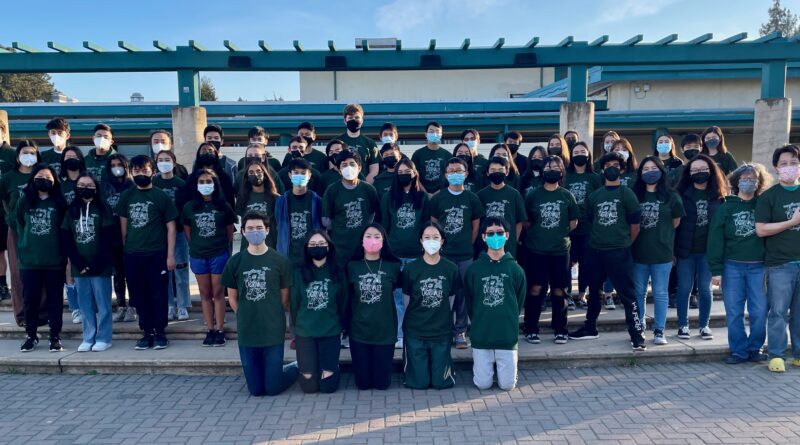 “This year was the first year a CVHS team has advanced to the state competition! We’ve gotten very close before, but never made it up until now. It was definitely a happy moment,” said senior Lauren Lee, club officer for CVHS Science Olympiad.

Science Olympiad is a nationwide competition that covers a wide range of topics about science. The topics vary from year to year, and each gets their own event. For CVHS to cover all these events, each participant is usually assigned to three events and paired with a different person from their own team for each event. All the teams that are assigned to the same event meet with their designated coach, usually on a weekly basis.

“Science Olympiad is like a track meet where 15 students on a team compete in 23 different STEM subjects,” said head coach Kathy Yao. “Our students spend many hours every week, studying, experimenting, building, researching, tuning, fixing, taking practice tests, and preparing for the grueling day-long and some week-long competitions against other high schools from all over the nation.”

The Diamond Team has been joyous over the results from the regional competition, which came as a surprise.

“The festivities have been lessened because of Covid, but in general the whole team is elated about it,” said senior Justin Lui, a participant for seven years. Lui’s events were “Ping-Pong Parachute,” in which his duo earned first place at state level, “Codebusters,” and “Wi-fi Lab.”

Although the Diamond Team basked in the third place victory at the regional competition, they had to quickly go back to studying, practicing procedures, and modifying their builds in preparation for the next level.

“Towards competition day I got pretty stressed because there was a lot to study for both SciOly and school, and unfortunately I had a test for five of my classes at school the week before the competition,” said junior Elise Lo, a participant for four years. Lo’s events were “Bridges,” in which her duo earned first place at state level, “Ornithology,” and “Write It Do It.”

Members of the Diamond Team remain hopeful for what is to come for next year’s competitions.

“I am excited to see where we go from here. The only place we can go from here is up,” said sophomore Jad Yehia, a participant for five years. Yehia’s events were “Astronomy,” in which he and his partner achieved sixth place at state level, “Cell Biology,” “Remote Sensing,” and “Ornithology.”

This is the first year that Science Olympiad held its competitions with events divided among multiple days. In previous years, the entirety of the competition has taken place within a day, going from dawn to late afternoon with the awards ceremony in the evening. Yehia finds this new policy interesting, but believes that this scheduling is only an experimentation and is subject to change in the following years.