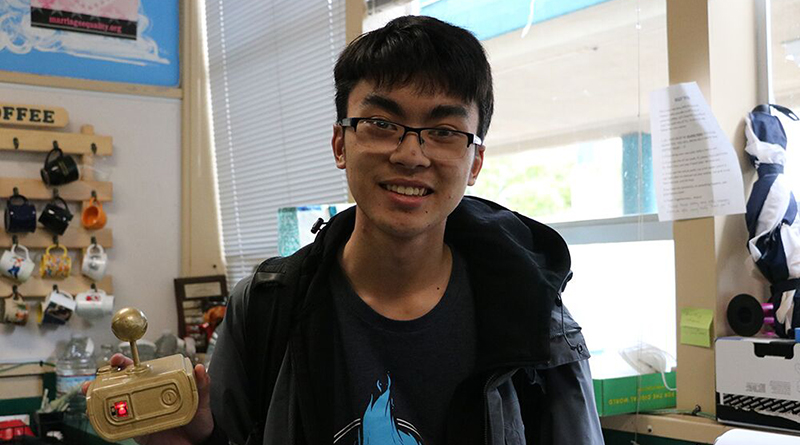 The CVHS Esports Club hosted its first tournament during the last few weeks of March, with the final championship match on April 5. Forty five students from the club signed up to compete in a bracket style, one-on-one tournament in the game “Super Smash Bros Ultimate.”

The club is new to CVHS, having just started at the beginning of this school year, founded by seniors Sam Levine and Alex Kwan.

“Esports is one of the few things I have a great interest in so I figured it’d be fun to bring it to the high school because I know there are others who share my interest,” explained club co-president Levine.

“I joined because I like video games,” said junior club member Justin Yamamoto. “But I also made new friends.”

Yamamoto competed against senior David Fernandez at the final tournament. Yamamoto eventually defeated Fernandez in a close and intense match.

“It’s especially exciting when the matches are close, because spectators get into it,” Levine said.

“I’ve been playing for about two years now, but I didn’t really practice or do anything to prepare for today,” Yamamoto said afterwards. “But today was really fun.”

“I actually forgot this competition was today,” Fernandez laughed. “It slipped my mind! It was supposed to happen last week but got pushed back.”

Despite the delay, the competition attracted a large crowd of excited fans who were eager to see who would come out on top.

The club normally meets in room F3 during lunch on Fridays, and plans to return to CVHS next year.

“I’ve always wanted something like this to happen,” said Fernandez. “It includes a different group of people in school activities.”