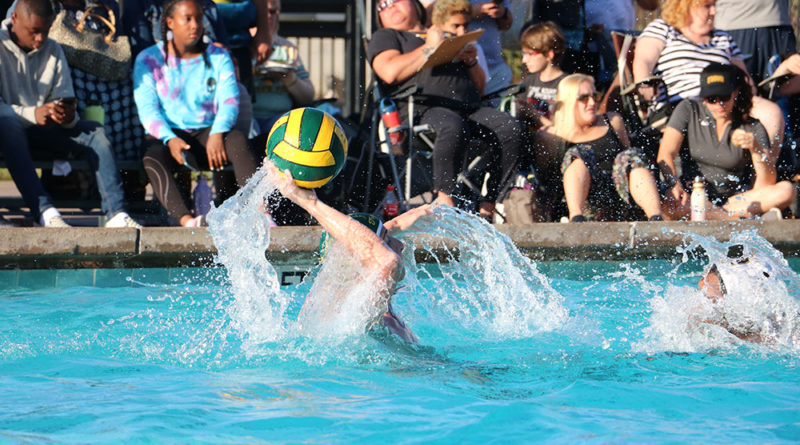 The Bishop O’Dowd Dragons dealt the CVHS Trojans a tough loss in varsity girls water polo on Sept. 17, by a score of 5-3.

Even though the team didn’t win, the girls worked extremely hard to stay in for the whole duration of the game. This exciting game was a heart racing back and forth between teams.

“I’m very proud of the first generation of Castro Valley water polo and how far we have come along since the program first started,” said senior Nicole Schouten.

In the first quarter, the Dragons scored the first goal, but the Trojans stayed composed and continued to work until Schouten tied the game 1-1 with a skilled shot at the end of the quarter.

In the second quarter the score wasn’t tied for long when captain Mackenzie Parajon  scored a goal against the keeper with her defender trailing behind her. The Trojans officially took the lead 2-1.

Unfortunately, the Dragons scored yet another goal and tied the game up once again at a score of 2-2 for about 4 minutes.

However, as the Dragons began to relax, thinking they were going to be able to hold on until third quarter, Parajon yet again scored another goal to take the lead again for the Trojans.

Even though the score ended up being 5-3 by the end of the game, the Trojans challenged the Dragons and played an excellent game.

The Trojans are excited for the upcoming season. The team is thrilled about their ability to improve and win against other schools in league games.

“I am stoked for the rest of the season and love this team and this program!” said captain Elma Sabanovic.