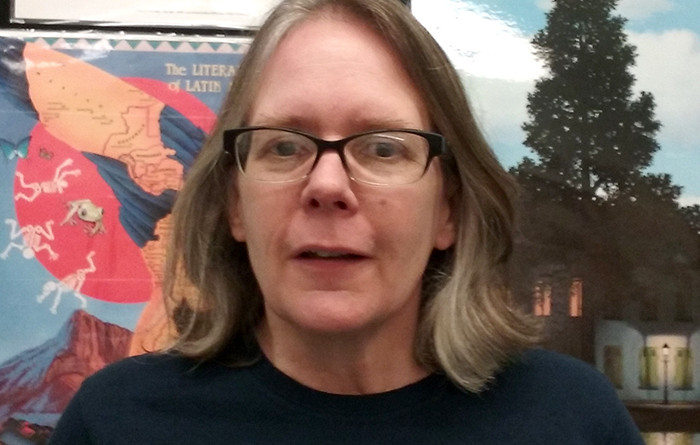 It’s common knowledge that teachers are some of the most experienced adults you’ll ever encounter in your life. With the amount of information they’ve seen and heard, there’s a lot to learn from them.

Teacher Anne Parris is the chair of the English department. She’s been teaching at CVHS for nearly 32 years. In that long time span, she’s been witness to a lot of changes at CVHS, and has directed some of those changes herself.

“There are nearly twice as many students now as there were back when I started teaching,” Parris said. “We had about 1,300 kids. And there was only one gym; the auxiliary gym hadn’t been built yet. There was no science and math building, or the 900 Hall. There was even a smoking area at the back of the school for kids!”

Parris describes what some of her past students have gone on to achieve. Many have become successful lawyers, writers, scientists, activists, and filmmakers. One of her former students was Rachel Maddow, a popular television host. Parris has also taught some students who have become teachers at CVHS themselves, including journalism/history teacher Matt Johanson and English teacher Daren Wilkerson.

As the advisor of a past CVHS club, the Amnesty Club, Parris helped lead her kids to raise money for a mobile school bus in India. It was for children there who had to work on trains and couldn’t get off, but still wanted to learn. Parris cites that as one of her most memorable experiences in her whole career of teaching. She felt really proud of them.

She also formed the Literature and Film class, an English class for seniors who wanted to gain a different perspective on literature through movies and film.

When asked about her least favorite part of her job, Parris cited the large amount of meetings and the pressure of grading on time as the downfalls of teaching. But nonetheless, she never gets tired of teaching kids, and enjoys the challenges that come along with it.

“I would get so bored if I had to work in an office job,” Parris said. “Here at school, I see so many new faces and it’s an exciting experience.”

Parris doesn’t get tired of teaching the same books or the same curriculum because she said that every year, she’d “put a new spin on things and emphasize on different areas.”

She adds, “It’s like revisiting an old friend. There’s always something new to learn from it.”