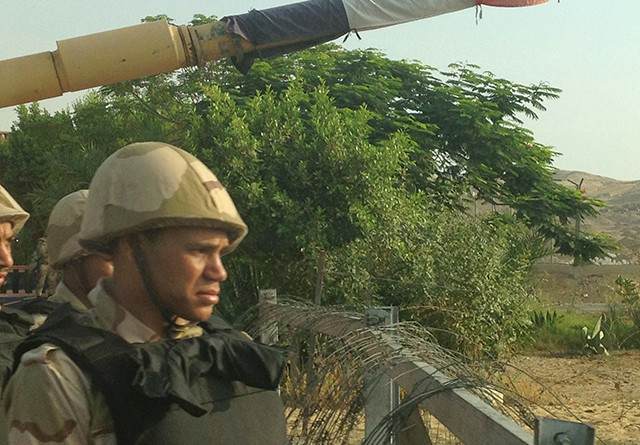 The Egyptian government has been undergoing a torrent of change in the past four years. Most of the change has been in a positive direction, a step towards political stability. Egypt in 2016 has been much more safe and steady for the citizens. The number of terrorist attacks and riots has significantly dropped and the overall atmosphere of the country has been reduced from chaotic and dangerous to peaceful.

I am 100 percent Egyptian, and I visit Egypt every summer to see the rest of my family. Even to an untrained eye when it comes to politics, there has been a visible change in not just the environment on the streets but also the demeanor of the people. The only people seen on the streets in the immediate months following November of 2012 were protestors starting riots and causing mayhem. Now, it is not uncommon to see citizens mingling.

My grandparents used to be constantly worried every time I left the house. Now, they feel safe allowing me to hang out with friends on my own. In the past, the electricity would cut off for at least ten hours a day as a part of intentional rolling blackouts to save energy. Now, blackouts are nothing but a faint memory.

Revisiting the aforementioned November of 2012, I find it necessary to elaborate on what I’m mentioning. Prior to that month, things had been running what Egypt considers to be smooth. The president at the time, Mohamed Morsi, had just announced a constitutional declaration that essentially granted him unlimited powers, which was the last straw to once-peaceful protestors. They had realized that the situation had become a dictatorship. After a month of violent rioting, anti-Morsi protesters were finally appeased to some degree when Morsi annulled his decree. However, the battle was far from over.

In July of 2013, the Egyptian Armed Forces released a statement announcing the end of Morsi’s presidency. The military took charge of this transitional government, claiming to hold elections on a later date. This, as you can probably infer, did not happen. May of 2014 marked the beginning of Abdul Fatah al-Sisi’s reign as president, which has continued until now. Sisi was the former head of the Egyptian Armed Forces and the defense minister, but he resigned in order to have no militant affiliations to hold him back.

Sisi is not a perfect leader, but he has managed to pass new investment and bankruptcy legislations, instilled new laws which effectively made violent demonstrations illegal, and made the country safer from terrorism. However, he has also granted the state the right to classify any citizen it dislikes as a militant and placed all public property under military control. There has been a steady erosion of the citizens’ personal freedom and individuality.

Over the past five years, momentum has fluctuated back and forth between citizens who just want things to return to the way they were, and citizens who desperately want change. It is impossible to predict when or how the pendulum will swing next or what it will set into motion. The one thing that is guaranteed is that it will swing. Now the big question is does Egypt have to choose between political stability and freedom?