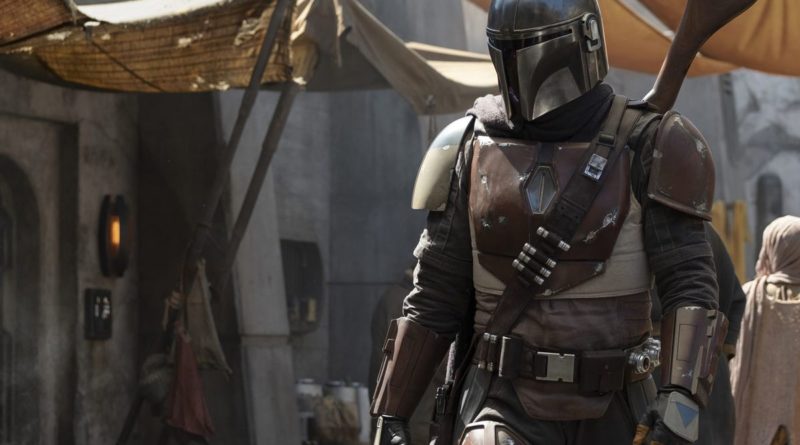 As the camera pans to the cantina door, the Mandalorian enters and startles a group of angry individuals. They were ready to kill a blue man named Mythrol. He sits at the bar as they pester him, until he finally threw his mug at them. The Mandalorian uses his grappling hook to catch his enemies then shoots his gun at the door controls to trap them inside.

After he defeated them, he walked over to the table where Mythrol was sitting as it seems he saved his life from danger, until he throws down the bounty puck as a holographic image appears signaling that he only saved his life so he could get paid for his capture.

“The Mandalorian” first aired exclusively on the new streaming service Disney + on Nov. 12. The show consists of eight episodes with run times ranging from 30-40 minutes.

The show is set in the Star Wars universe after the defeat of the empire in “Return of the Jedi.” It is centered around a bounty hunter who looks very similar to the quiet, reserved bounty hunter Boba Fett from the first Star Wars films. He is serious about his work and doesn’t speak a whole lot.

“The Mandalorian” stars Pedro Pascal, who plays the titular character with a mysterious edge under the helmet he famously wears. Pascal played the character with confidence and quips all over the place throughout the show.

The show was created by John Faverau, who has created many hits including “Iron Man” and the “live-action” “The Lion King” movie. He perfectly blended action and humor throughout the first few episodes of the series.

The show is very good and regardless of any future Star Wars knowledge. It is a show that many viewers can enjoy. There is a lot of great action, but also heart at the same time when you watch this series.

While it isn’t the best thing Lucasfilm has ever created, it is still a very good show that will leave you wanting more. If you have Disney +, I strongly recommend taking a look at this show because it is worth it. As Kuiil stated throughout the show, “I have Spoken.”