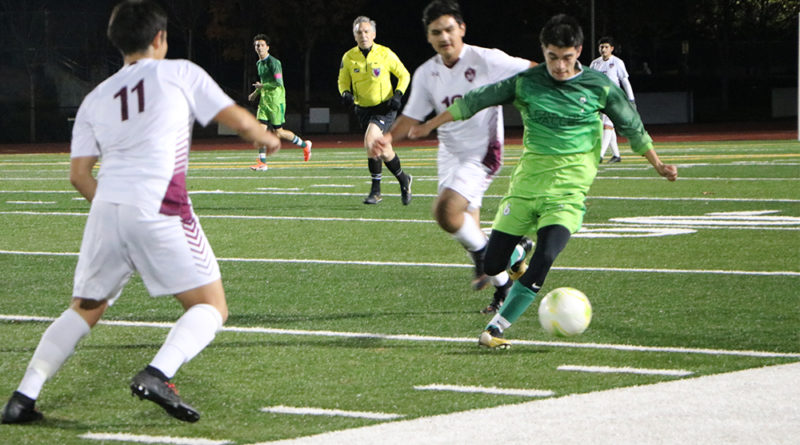 Into the second half, both teams scored a point making the score 3-1, but Trojans still pulled out with another goal with nine and a half minutes to spare, leaving the game 4-1.

“We have been able to rely on our skill. We have a really skilled team this year,” said Ramon Dela Cruz, a senior varsity player. After this game, the Trojans had a 3-1 overall win to lose ratio.

“It’s important to get a win, especially coming off a loss against James Logan. Our idea was to be 4-0 at this point but you know, we are 3-1. We just want to keep working off of that and use it to lift off and keep on improving,” said assistant coach Oscar Mendizabal.

Although they haven’t won all their games, this is a huge win for the Trojans with many memorable things that happened.

“Michael Karapetyan scored his first goal as a sophomore and it’s only his third game as a varsity player,” said Mendizabal.

An excellent way to end the last home game of the year.