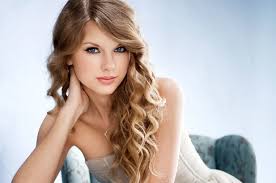 Rising up from the dead, Taylor Swift released an unique song “Look What You Made Me Do” on Aug. 25 as a part of her new album, Reputation, coming out in November. The songs and numerous albums by Taylor Swift had been taking over the world since 2006. Almost everyone, including me, has gotten one of her infamous songs stuck in her head or put on constant repeat for its catchy tunes.

To be truthful, I haven’t really paid attention to Swift or any news about pop culture lately. But this new song and its supposed meaning behind the lyrics definitely raised my curiosity.

In her new song, she expressed how she got smarter over time and can’t trust anyone anymore. Fans assume that the lyrics pertain to her pre-existing conflicts with multiple celebrities like Katy Perry and Kanye West.

It was also suspected to be a response to “Famous,” a song by Kanye West that she doesn’t play those little games anymore. Perhaps her upcoming album will provide fans with a more in-depth explanation on her thoughts. And this song just gives us a taste of what Swift has up her sleeve.

This song generated huge spurs within her fan base because the singer went from a sweet, country girl with typical love songs to a super star looking for revenge. And the lyrics may not be as catchy as “Shake It Off” or “Love Story” but its head-bobbing, electronic beat will possibly cause you to jam out. Although it may not be everyone’s favorite T-Swift song, “Look What You Made Me Do” still landed the number one spot on the Billboard Hot 100 list and racked up a shocking 5 million views in just a span of a couple weeks.