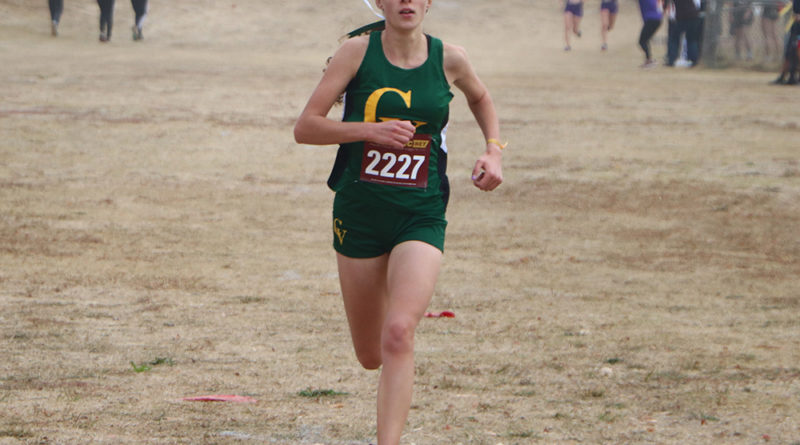 As the fog settled around the field, the students were ready to run. Hundreds of students from around the bay were meeting on a chilly Saturday morning for their championship. At the sound of the gun, 60 varsity runners began surging ahead for their three-mile race. Feet pounding fast on the ground, one particular runner stood out among the sea of multicolor jerseys.

Sophomore Sierra Kasl-Godley has been running ever since she was in the fourth grade as a sprinter. Now, she is on the cross country and track teams, doing long distance for both.

She joined the team her freshman year and hopes to continue running on the team for the rest of her high school years.

A typical warm-up for her and the other girls on the team is a mile. While some people may grow horrified at the thought of running a mile, Kasl-Godley finds it fun to run with the support of her team.

“Our team is pretty small. There’s only 14 of us,” said Kasl-Godley.

At the WACC Championship on Nov. 9, Kasl-Godley ran her all-time best for three miles at Hayward High, setting a new personal record. All this wouldn’t be possible without the amazing support of her coaches.

“The coaches are really good. They make us run hard which is good, but they are also really nice,” said Kasl-Godley.

Running long distances is no easy feat. What motivates Kasl-Godley is the thoughts of improving her time. Though she is only a sophomore, she is doing well on the varsity team and hopes to do even better in the future.

“Sierra is one of the most dedicated and responsible people I know,” said junior Sophia Siopack. “The team is really lucky to have her.”