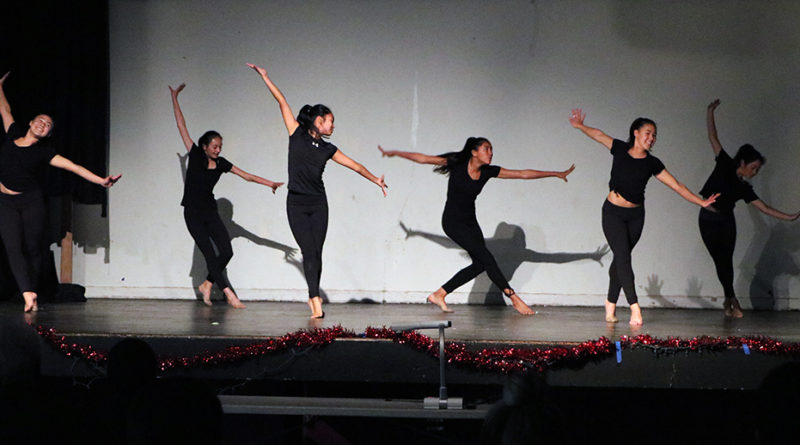 “The talent show is a cool, fun experience. It’s not just about the money, it’s about the community and the fun,” said Lexi Kwon, a first year member of DECA.

There were a total of 20 performances in either creative, musical, or dance categories. Each performance was evaluated by three

“Everyone was so good, it was hard to choose just one for each category,” said Ledford. 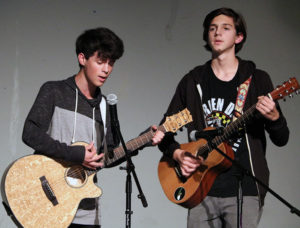 After all the performances were completed, the judges consulted for a few minutes and decided the winners: Shaelly Adams in the dance category, Miranda Jiang in the creative category, and Bianca Greer in the musical category.

Adams performed a hip hop dance she choreographed herself. Her complex and energetic

Jiang played a song on a traditional Chinese instrument, the guzheng, or Chinese zither. Sitting on stage with just her instrument, Jiang’s beautiful music captivated the audience.

Greer sang the song “My Heart

Will Go On,” popularized by Celine Dion. Her passionate rendition filled the cafeteria with emotion and applause.

“I was confident  because I participated the year before, and I’ve been singing all my life,” said Greer. Greer’s confidence definitely sho

wed in her performance. “I wanted to see all the fun talents here at CVHS,” stated junior Alix Skinner when asked why she attended the show. “They bring the school together in a way that doesn’t usually happen,” she said.

Along with telling amusing jokes, hosts Erin Quineri and Matthew Aranzamendez, DECA co-presidents, informed the crowd about their organization, which trains young entrepreneurs in a variety of different fields such as marketing, finance and business.

Revenue from the event will help finance the conferences they attend to get up-close learning experiences. DECA will attend a conference in Anaheim in 2018.