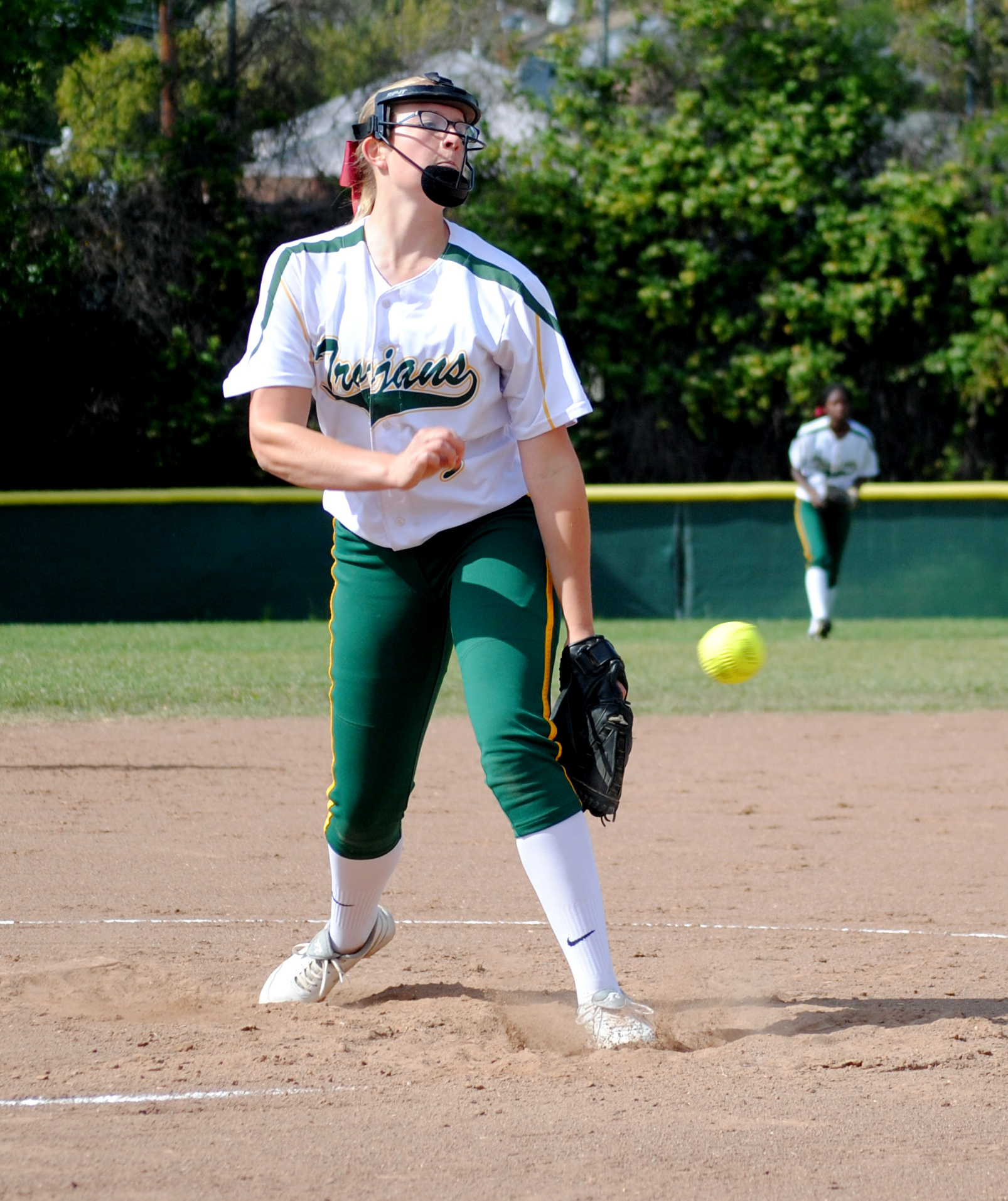 It was an exciting day for our Trojan ladies out on the softball field on May 7. They continue their undefeated run in the WACC by beating Bishop O’Dowd 7-2. Their overall win-loss record is now 19-4.

Since this was the last home game for our Trojans in the regular season, the team recognized their senior Trojan ladies, Sara Ward and Tailor Goods, and the seniors from Bishop O’Dowd for playing an amazing last game of the season at CVHS.

At the beginning of the game, player Leilani Huey started the team off strong with a solo home run to center field in the second inning.

But O’Dowd would not let CVHS keep the lead quite that easily, a Dragon was able to make it around the bases as other O’Dowd players were able to make contact with the ball making it a tie game at 1-1 in the fourth inning.

After O’Dowd was taken off batting after three outs, the game got a lot more exciting when CVHS came up to bat. During the same inning, players Krystyna Allman and Leilani Huey reached home base to get the Trojan lead back to 3-1.

More of the Trojan ladies went up to bat and were able to get to all the bases.

Then, Ward came up to the plate and made the play of the day. The bases were loaded, the team was chanting, and coach Marie Gray was shouting at Ward to encourage her and tell her what to do.

Ward made contact and the ball flew out of the field, making it a grand slam. The CVHS ladies in the dugout went crazy as they all gathered to give Ward a big cheer. With this humongous play made by the senior, CVHS took a big lead of 7-1.

O’Dowd attempted to get back at CVHS but failed to do so.

Winning pitcher Delaney Heller also had an exciting game, striking out many of O’Dowd’s players and only allowing them to score twice throughout the whole game.

“It was a good dramatic and offensive fight throughout the game keeping the team energized,” commented Gray.

“Good overall win for the team. It was very exciting especially when Sara Ward hit the grand slam,” said Goods.