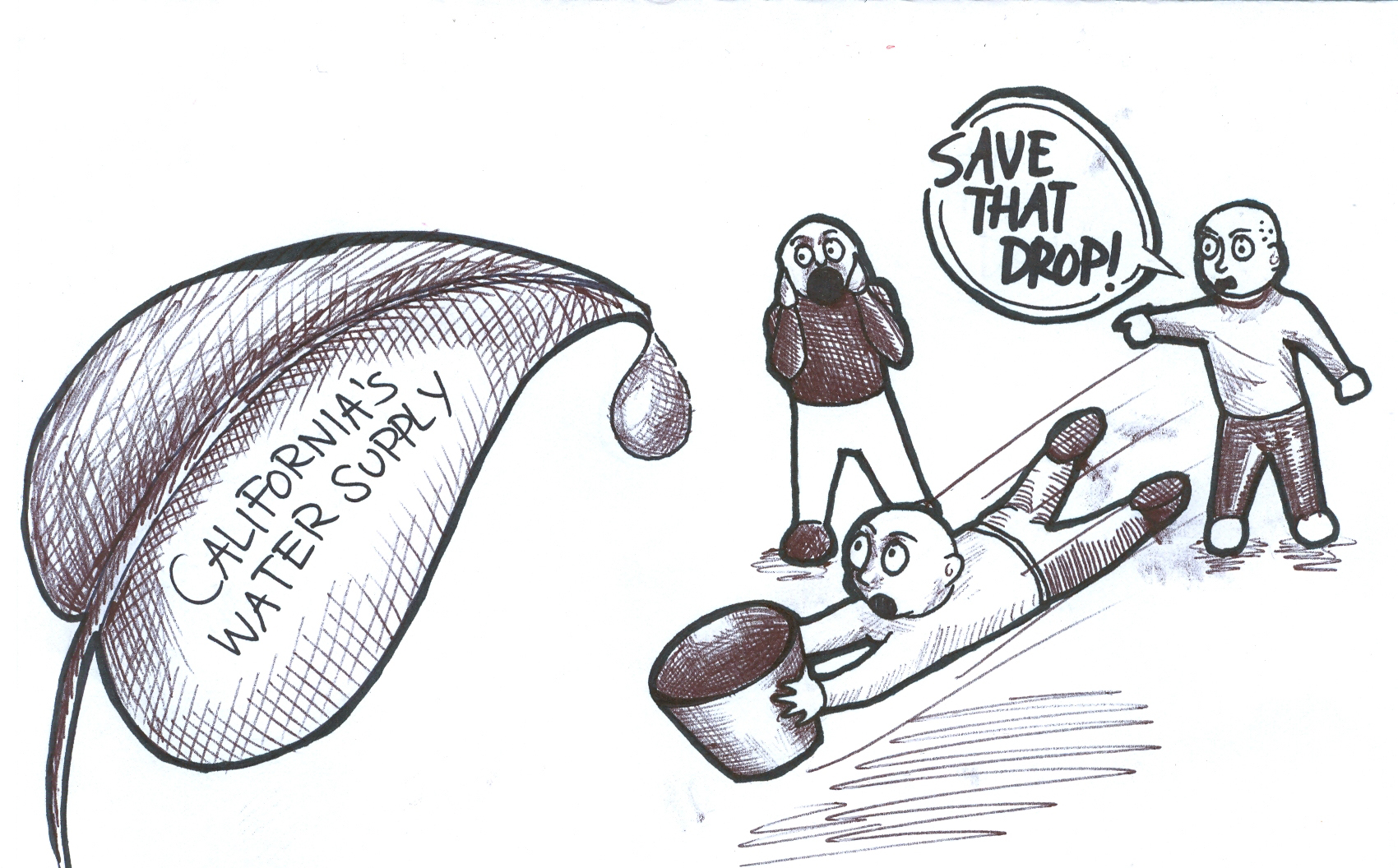 California has gotten little rain over the past several years and just recently Governor Jerry Brown issued a mandatory order for towns and cities to cut their water use by 25 percent.

We at The Olympian believe CVHS has gotten a good start at conserving water but we can and need to do better because we are in such a serious drought.

So far the school is trying to water the fields less and eventually fix the plumbing and leaks using a local service like Champion-Plumbing.com. We believe that there are other measures the school could take to conserve water even more.

One way is to possibly use grey water, which is used water from the sinks, to water plants and fields. The sinks at CVHS are press on and high pressure water runs for a certain amount of time before they turn off. It may not seem like much, but if the school’s sinks didn’t give off as much or as high pressure water for a button press, a little can go a long way and many gallons of water could be conserved.

Besides the school’s effort to save water, students are expected to do so as well in their own homes. We believe that students need to also participate in water conservation at home because the California drought is getting more serious with every month going by with little rain.

Not washing your car or wearing clothes, such as jeans, more than once are activities that might not seem much, but not having a squeaky clean car all the time and wearing barely worn jeans more than once won’t hurt anyone and can really benefit the drought.

We know how much we love standing in a warm shower and just leaving the water on, but everyone living in California, including teenagers, need to cut down their shower time. It could sound challenging because showers are relaxing before or after a hard day of school, but setting a timer to monitor shower time can really help.

While the shower is warming up, someone could even capture that water in a bucket to use for watering plants or flushing the toilet.

Another way to save water, although it may seem gross, is to follow the “if it’s yellow let it mellow, if it’s brown flush it down” rule. It’s not as bad as it seems to follow this rule, but it can really save a lot of water. It goes without saying that greywater systems are going to be key in the future to prevent such droughts.

A final thing we think can be done at home is to only run the dishwasher and washing machine when they are full loads. Most dishwashers and washing machines use the same amount of water each time it’s run, regardless of how many things are in it, so it should only be used when full.

Each of our suggestions may sound like they are too small to make any type of difference in this drought, but we believe this is not true. If every school, every person, is able to save a little bit of water every time they follow one of these tasks, it will add up quickly to gallons upon gallons of water conserved.

It starts with you and it starts with CVHS making a commitment, because if you don’t, then the person next to you won’t, and everyone counts. No one has any idea of how long this drought will continue, so what other choice do we have?