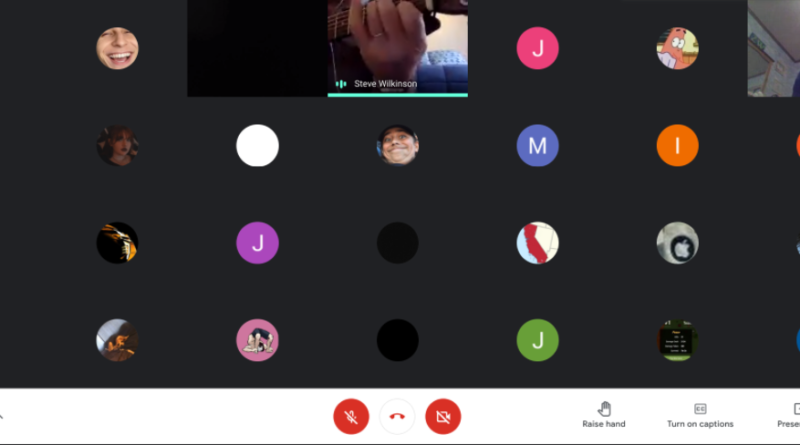 During distance learning, the CVHS policy on cameras has been a point of contention between students and teachers.

The policy states that cameras have to be on during class. This doesn’t sit well with students for a variety of reasons.

“I think it should be the individual’s decision because of the privacy of the person while they are in their own home,” said CVHS senior Tobias Taylor.

This debate started in August when structured distance learning started in the beginning of the school year. Most students agree with Taylor’s perspective and want cameras off, while most teachers would like cameras to be on.

Senior Dylan DeCosta-Bass also wants cameras off, saying, “I would like it off because I am extremely self-conscious about how the camera makes me look.”

Government teacher Mark Mladinich, who requires cameras to be on, wants to provide a sense of community within the online class. “Being able to see other students are present and in the same situation as everyone else provides a little of this sense of community,” he said.

Not all teachers require cameras to be on though. Steve Wilkinson, math and guitar teacher, does not require cameras to be on in his guitar class. Regarding the relaxation of the camera policy in his class, Wilkinson said, “I’ve noticed that guitar students tend to work at their own pace and like to focus on the skills they decide they need… it’s difficult to play guitars together as a class with distance learning.”

Cameras only became a source of debate this year, as during the second semester of the 2019-2020 school year, distance learning was less organized and more asynchronous.

This conversation between teachers and students will continue as long as some form of distance learning is in place, whether that is fully distanced or a hybrid model.

6 thoughts on “Debate on CVHS camera policy for distance learning”