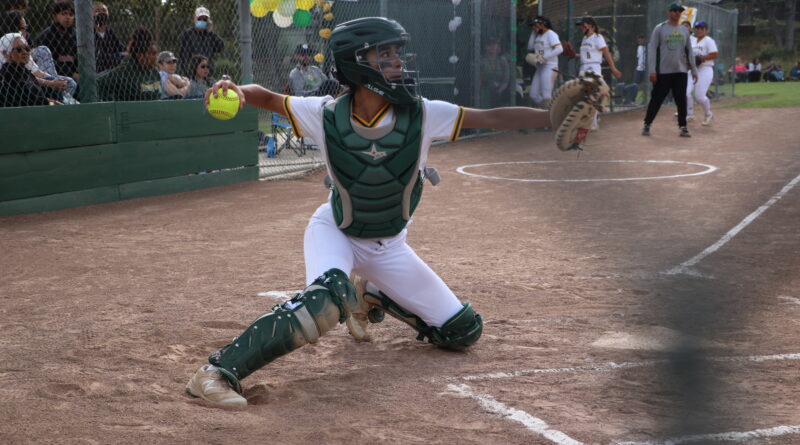 Imagine playing softball for 11 years, but as you make it up to varsity, you are forced to give it up due to your physical condition. However, with your mind and ambition you decide to go through physical therapy and do anything else you can in order to play your favorite sport once again. Well, that’s exactly what senior Analiya Arias has been through.

Varsity softball senior Arias has won a SportsHopes Perseverance Award, which acknowledges a student who has overcome a challenge during high school. In Arias’ case, she persevered through her scoliosis.

“For me, scoliosis has caused chronic back and neck pain and really limited my ability to play or do anything physical because of the effect it had on my nerves and muscles,” said Arias.

The biggest obstacle that Arias has faced while dealing with scoliosis are the restrictions that she had with any kind of physical movement. Not only did it prevent her from playing softball, but it also was very difficult for Arias to perform daily tasks. She eventually used a back brace and attended several sessions of physical therapy to get to where she is today.

“Softball was my biggest motivator in overcoming the challenges of scoliosis. I loved the team aspect of playing softball in high school and I wasn’t ready to give it up even if it meant pushing my body to its limits,” said Arias.

Arias explained that many people have misconceptions about scoliosis and underestimate the severity of the health condition, since many people have a mild form of it. Although there were points where she felt like giving up, the joy of playing softball reeled her back into giving it her all.

Doctors and physical therapists have given a lot of developed treatment plans to Arias in order to strengthen her back. Along with that, Arias has received an incredible amount of emotional support from her parents, coaches, and teammates. They have helped her challenge herself while making sure she stayed as healthy as possible.

“During practices, I see her diving for the ball which just shows how she doesn’t let scoliosis stop her from going at the ball with 110 percent effort,” said Sophia Siu, a senior on the varsity softball team.

Arias used her perseverance in the duration of the softball season and continued her glory as outfielder and number three in the lineup on the CVHS varsity softball team.