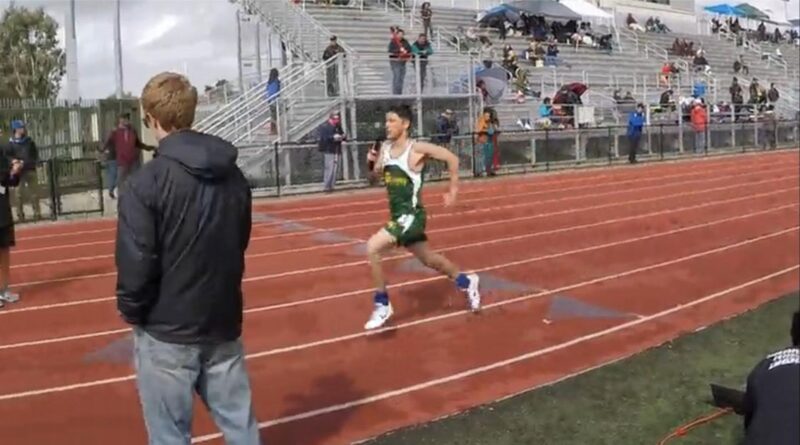 As a long-distance runner, senior Jesus Martinez faced a devastating injury, but with some physical therapy he is finally back on track. SportsHopes honored him with a perseverance award in May.

Martinez was affected by iliotibial (IT) band syndrome in which ligaments in the thigh rub against bone, causing intense pain.

In the fall of 2018 following cross country season, Martinez first became aware of his injury. “I got up one morning and I was like, ‘wow it hurts to walk,’” he recalled. “Then I went to school and I got to fifth period and I realized I couldn’t stand up.’”

Martinez has been running long distance since he came to the Castro Valley School District in seventh grade. He ran for Canyon Middle School’s cross country team as well as for a team connected to his church, and then eventually for CVHS. He says running is a passion of his and that it helps to clear his head.

After years of running, the injury appeared in the middle of Martinez’s sophomore year. The pain in his leg was debilitating. It took him a week before he could walk again, a month before he could run a mile, and a grueling half a year of physical therapy before he was fully recovered. Even then, when he started his cross country season in the fall, he faced many harsh setbacks.

“It was devastating to me,” he said. “I couldn’t keep up in long distance. The first couple miles I was fine, but after awhile, I just fell behind.” After so long, Martinez was out of practice and had to retrain himself entirely to get the times he used to.

The injury to his IT band stems from not stretching before exercise, which Martinez admits was a common practice for him. “It really opened my eyes to stretching before you run,” he chuckled. “The cross country team is known for going straight into the workout, so it’s something that we’ve got to take more seriously, just taking 20 minutes to stretch before we run.”

Martinez, now a senior, ensures that he sets aside time to stretch when he exercises. He hasn’t ran for CVHS track and field or cross country in the 2020-2021 school year because of the COVID-19 shutdown, but he goes on three runs a week for his own enjoyment. He’s considering running over the summer with the incoming freshmen at CVHS to help them prepare for the upcoming cross country season.

“Don’t give up on what you like to do, even if you have to start from scratch,” said Martinez.

10 thoughts on “Runner overcomes injury: “Don’t give up””