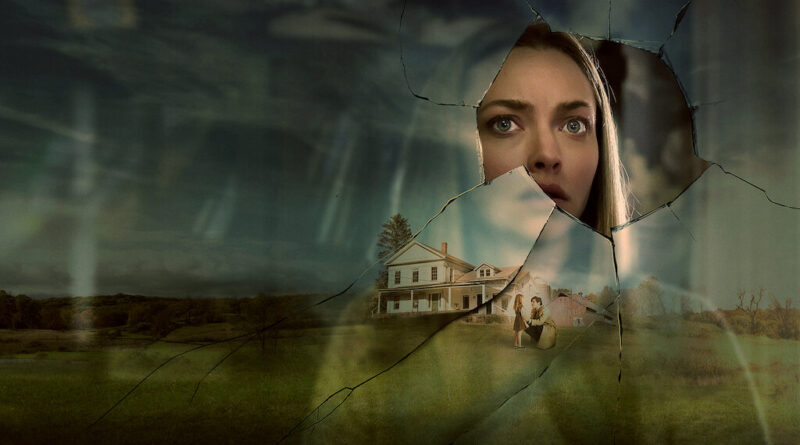 “Things Heard & Seen” is a horror and drama movie about a family who moves to a small town for the father’s job opportunity with a semi star-studded cast. Some of the more famous actors include Natalia Dyer, Amanda Seyfried, F. Murray Abraham, and Karen Allen.

First off, this movie is boring. It’s not even the type of movie you can make fun of. There’s just nothing good here, intentional or not. It’s incredible how a script like this could have been given a green light. Also, I’m not going to say it’s an outright “The Shining” (1980) ripoff, but it’s at least heavily-inspired. They both have crappy fathers that take their family of three somewhere for a job opportunity. Both places where the families live are haunted by people who used to live there and killed each other.  Both fathers end up trying to kill their wives, and both movies end with a closeup of a framed picture with the dad in it.

On the topic of its similarities to “The Shining” (1980), the dad’s progression into insanity was way too steep. First, the mom, Catherine, catches him touching himself in the shower, which I thought was gross, but the worst part about it was that he left the door open and his daughter was downstairs. Then, he starts cheating on Catherine, and her friend, who is played by Rhea Seehorn, finds out about it, so he runs her off the road and puts her in a coma. At this point, Catherine catches onto him and starts acting cold. The dad, George, is then contacted by the ghost of the man who lived in the house before him and killed his wife. Catherine is also contacted by the wife, but that doesn’t matter considering George ends up killing her. I know I’m spoiling the movie, but I don’t see any reason why anyone would want to watch this, let alone make this.

As for the positives, I’ve never been able to tell good acting from bad acting, but the acting in this movie seemed fine to me, though there were no standout performances. That’s about it. I really didn’t like this movie.

11 thoughts on “The poorly made “The Shining” ripoff”