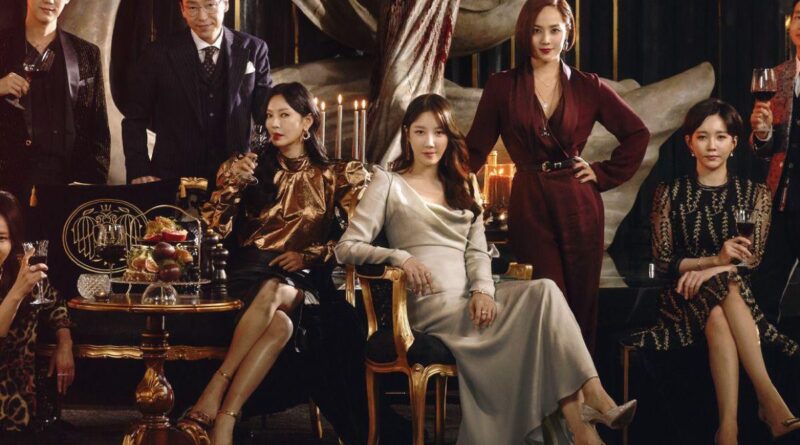 “Penthouse: War In Life” is a Korean drama that tells the story of the wealthy residents of Hera Palace as they try to either get revenge or become the best.

One of the main protagonists, Oh Yoon Hee, came from a very humble background and was very musically talented, but after getting into a fight with Cheon Seo Jin following their singing competition, she loses her career and her dreams go down the drain. Years later, their daughters meet at the prestigious Cheong Ah Art School for opera singers and their bad blood resurfaces in both themselves and their daughters. Shim Su Ryeon is also a main protagonist and she resides in the most luxurious penthouse in Hera Palace along with her husband Joo Dan Tae and their two children who also attend Cheong Ah High School.

“Penthouse” never gets boring and the twists and turns that this show takes are unlike any show I’ve ever watched. Throughout the show, murder, revenge, backstabbing, and betrayal are recurrent themes, and they are key components that show how this show almost never has a dull moment. The characters are very flawed and other than about two characters, there wasn’t a single character that hadn’t gotten on my nerves as I watched. Each character has something in their story that made them the way they are and because of their pasts, some people became hardworking or giving while others became manipulative or selfish and we can see a lot of that through their relationships with each other and how they handle things like failure and jealousy.

Although “Penthouse” has one main storyline about solving the murder that took place at Hera Palace and wanting revenge, there are also many other aspects of the show to follow including the characters’ backstories, and their relationships with one another and once you think the show can’t get any more crazy, they hit you with another unexpected twist. Season one was perfect for me, but when it came to season two, there were some plot twists that seemed a bit predictable and it did feel somewhat repetitive but overall, it was very enjoyable to watch and I can’t wait to see how they change up the show in season three.

As an avid K-Drama watcher, I’ve noticed that some mainstream and popular K-Dramas are these slow-burn romance type shows that I usually enjoy, but K-Dramas have so many different genres so I didn’t know what to expect when starting “Penthouse” to say the least. “Penthouse” itself has comedy, action, romance, and more which just makes it even more enjoyable to watch. The first scene itself was enough to show how different and dark this show would actually be and I was instantly hooked because with an opening scene like that, anyone would want to know the events that took place leading to that moment. If you enjoy watching suspense and revenge then this show is perfect for you!

10 thoughts on ““Penthouse: War In Life” has every genre for you to enjoy”