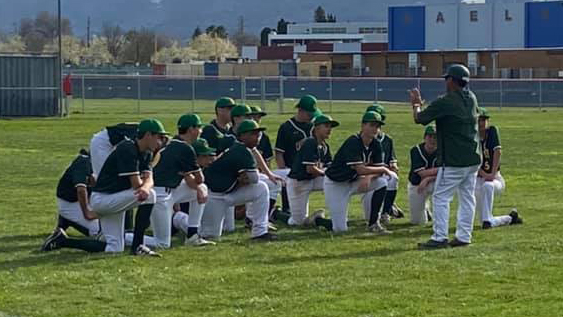 The Trojans varsity baseball season was going along well before the season was cut short due to the COVID-19 outbreak.

At the end of the season, the team record was four wins and two losses. The Trojans took the win for the last two games this season against John F. Kennedy and Encinal.

On March 11, the Trojans defeated Encinal 16-3. In the first two innings of that game, they scored 11 runs, starting the game off strong. Pitcher Justin Hernandez pitched a complete game with five strong innings, with five strikeouts and only allowed seven walks and hits. Jonathan Choy had a total of three hits, with Noah Jory and Cole Kosciusko both totaling two hits each. Jory also hit three RBIs, with Kosciusko and Nolin Shervais both hitting two RBIs each.

The season was cut short right as the team began to come together. Coach Glen Sears said that this team was one of the most talented groups that he had coached in the past six years at CVHS, and that he was excited to see the team becoming very successful towards the end of the season.

“They all worked extremely hard, it was a pleasure and fun to be with them on the field every day. They all were born to be baseball players,” Sears said.