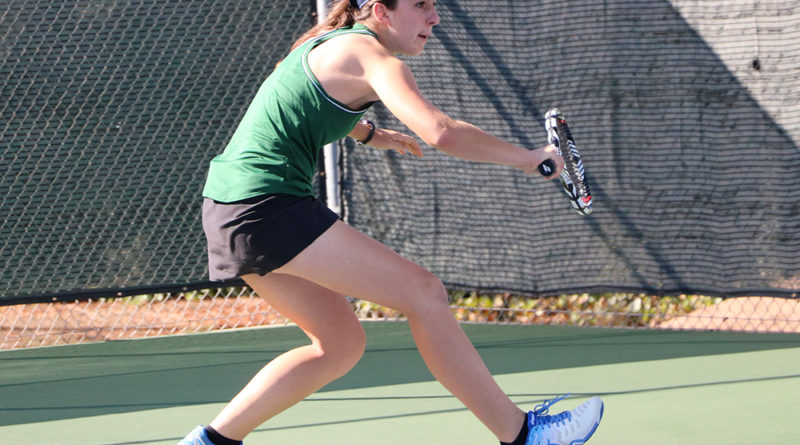 Finishing out her senior year on the Trojan’s girls tennis team, Tania Beringer was afraid that she was never going to see her team beat Piedmont. When they went against Piedmont in her junior year both her and the team lost.  Now, in her senior year Trojan’s finally defeated Piedmont while Beringer won the same match she played the year before.

“[I love the] excitement and concentration during a rally in a match,” Beringer said. “And the relaxation and happiness during practice.”

Beringer found her love for tennis when she was four years old.  She joined the tennis team in her freshman year, made varsity her sophomore years, and played all four years.

“Tania is an amazing tennis player and team captain who shows such dedication to the team,” teammate Lauren Leong said. “She is always willing to lend a helping hand and gives 110 percent when it comes to practice and matches.”

Along with making varsity, she also took on a list of advanced classes and extracurriculars, such as playing flute and piccolo in chamber orchestra. All of this plus tennis leaves her with very little free time.

“I had to use my time well, including doing homework during bus rides to matches and when I wasn’t playing. It was manageable as long as I stayed on task,” said Beringer.

Despite her time struggle, Beringer’s passion for tennis shines though, and it really shows.