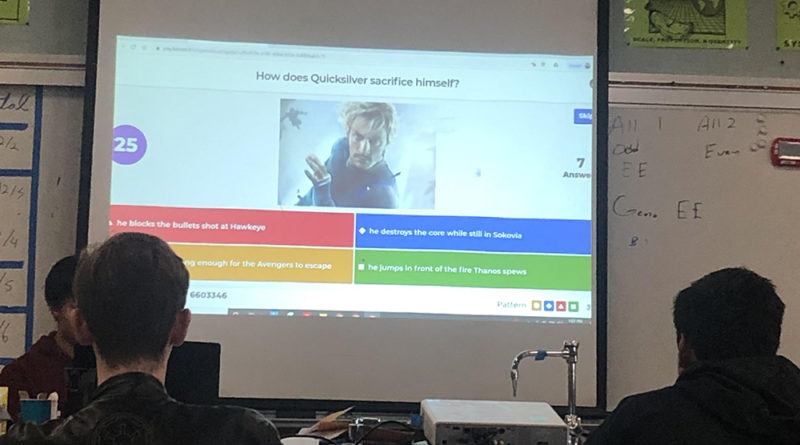 A handful of CVHS most dedicated Marvel and Star Wars fans battled to the end to find out who is the biggest fan of both fandoms.

This year the Star Wars Club expanded its quiz to include both Marvel and Star Wars similar to its Star Wars Kahoot last year.

With Star Wars battle music playing in the background as the game started, superfans picked fandom related Kahoot names and the quiz started. A lengthy 56 question quiz with a lightning round section of nine true or false questions at the end proved to be a challenge for even the super fans.

“I made this quiz a little harder, so try your hardest,” said sophomore Felix Shum, creator of the Kahoot, at the start of the game.

As the quiz went on some players became enthusiastic and started to clap and cheer whenever they got the correct answer and booed when they got it wrong.

Shum, president of the Star Wars Club, would provide additional information whenever the majority of quiz takers got the answer wrong.

Once the lightning round began, tension rose and the fight to win became fiercer.

With the last questions seeming to throw off even the most dedicated fans, science teacher Jeffrey Foster won and was deemed the Jedi Master of this year’s quiz.

“I was not expecting to win, but this club has helped me refresh on my Marvel and Star Wars knowledge,” said Foster.

When asked how he knew so much about the two franchises, Foster said,”As a child, my dad and I went to the movie theater and saw every Marvel and Star Wars movie. I had to wait for him to get off work so we could see the new movie.”

The Force was with Foster this year, but who knows who will win next time.