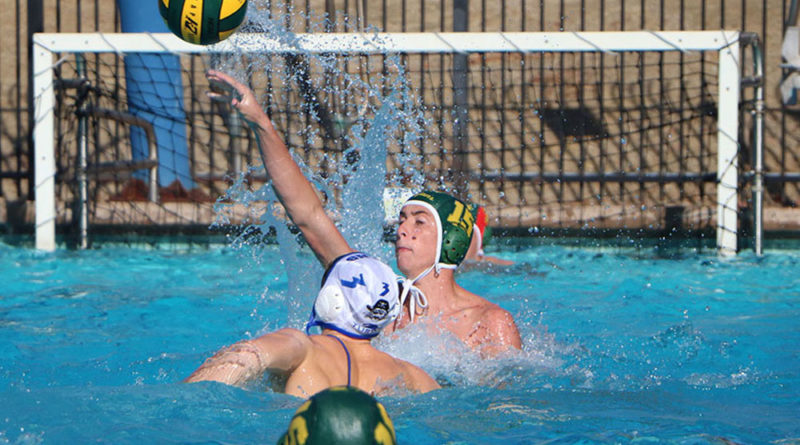 The CVHS boys water polo team crushed the San Leandro Pirates 15-1 in the pool on Thursday, Sept. 28, propelling the Trojans to an 11-4 record, which they have since improved to 13-4. This came after a brutal loss at Alameda on Sept. 24, showing the Trojans’ refusal to be brought down easily.

With a water polo program only in its fourth year, the rapid rise of a successful Trojan water polo team has been a surprise to some, but not to the players on the team.

Senior Ryan Brookens, attacker, lent some insight into how the program has improved, saying, “I’ve been on the water polo team ever since the program started back when I was a freshman. We are doing this well because many of our players have played high level club water polo and have brought that experience to our younger players, causing everyone to develop their skills further.”

Brookens is one of the leading scorers on the team, renewing his role after an impressive performance last year which saw him scoring 80 goals in one season.

The Pirates faced a formidable team of Trojans in the pool, who came out the gate ferocious and ready to play after an earlier loss to Bishop O’Dowd at home.

“Against San Leandro we had great team defense, which turned into offense. We always work on team defense in practice so that we can counter any other team,” said senior Diego Agron, attacker.

The Trojan defense allowed only one goal near the end, dominating the ball for most of the game and keeping San Leandro from making any type of productive movement.

The Trojans are in good shape for a high-placing finish, currently sitting fourth in WACC standings, and they are ready for whatever their opponents can throw at them.

“Our chemistry and morale remains very strong, which carries positive energy into every practice and game,” said Brookens.