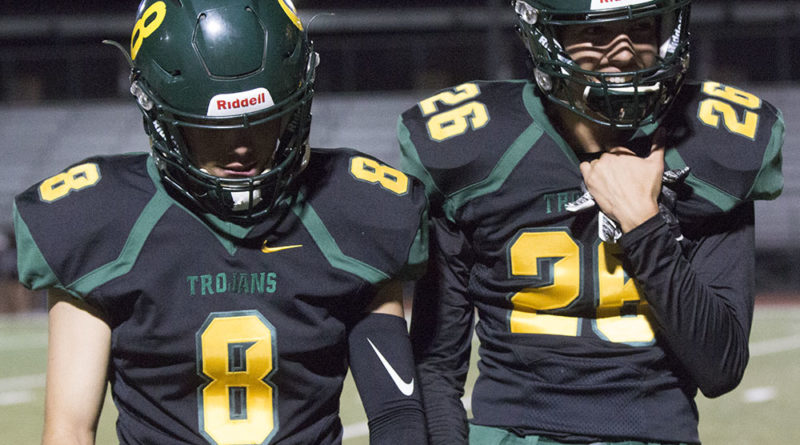 Running back Zach Sandoval was an asset to the win, scoring multiple touchdowns throughout the night. His touchdowns often required him to carry the ball for over 38 yards.

Things were not looking good for the Trojans when defensive and offensive tackle Marcus Evans was pulled out on injury in the first quarter. The Trojans still pulled through, ending the quarter leading by 21-0.

The Wildcats were unable to score throughout the entire first half of the game, spending most of their time on their defense. The first half ended with the Trojans leading, 35-0.

“I’m proud that we got the cheerful Trojan Den a win,” said junior kicker Griffin Hastings. Hastings assisted in multiple plays. He scored numerous times though out the night and helped his team’s success.

The Wildcats scored their only touchdown of the night in the last quarter.

The Trojans ended the game with 204 rushing yards. The Trojans gave it their all and the hard work evidently paid off.

“We executed, we didn’t make any mistakes, we played hard, the kids did their assignments, and the ball went our way. We talked about going out there and trying to be perfect, and that was pretty close to a perfect half,” said head coach Denny Molzen.

One thought on “Trojans football comes up with big win”