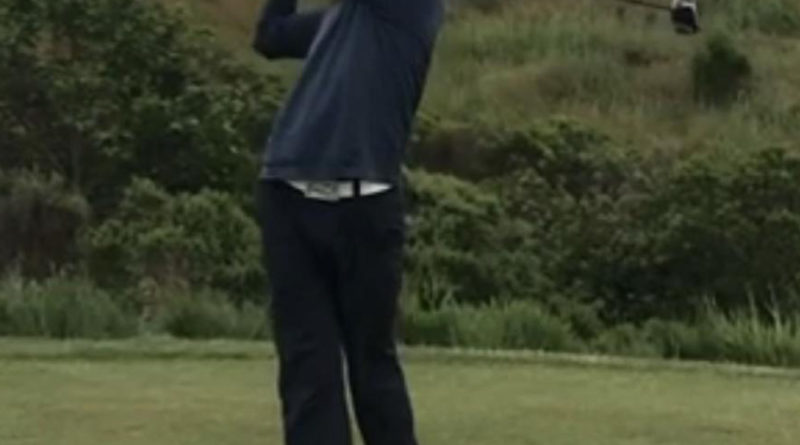 CVHS junior Travis Miller is one of the most talented and hardworking players on the golf team. He first began swinging clubs at three years old but reached full potential in seventh grade. Miller has accomplished many achievements and made a great impact on his club and high school team. Over the years Miller has had to overcome major obstacles to still be at the top of his game.

“Travis has been an excellent golfer who is competitive and strives to improve against higher level competition, whether during West Alameda County matches, junior, or open matches in which he competes against adults,” said golf coach Darrell Lavin.

Miller is a leader, always pushing himself and others to do better with encouragement.

“Travis has a great work ethic and is able to identify weaknesses in his game, then work to improve on those weaknesses… he is continually developing his skills on all aspects of his game,” said Lavin.

Miller has received many accomplishments recently. He was picked as part of the NorCal elite team, WACC player of the year, as well as receiving recent tournament wins state and nationwide. Miller will be given an Adidas sponsorship within the weeks to come.

Golf has been part of Miller’s life for a significant amount of time but has had to overcome internal challenges as well.

Miller’s mother was diagnosed with breast cancer last year which took an emotional toll on him.

“It became extremely hard to focus and it sometimes prevented me from attending practices. With this diagnosis my family began to have financial problems but luckily we were able to gain support and battle through this year,” said Miller.

Miller has continued to stay focused on balancing his family life and golf success this past year. His skill is greatly excelling and continues to be an asset to the team.

“We could always rely on him to do good in every match, he was very consistent and contribute to our team,” said teammate senior Christian Romero.